After taking a year off like the rest of the world, HARD Summer has just dropped an absolutely massive lineup for 2021; though, with this festival, that’s completely on brand.

As always, the lineup drop comes with a hilarious trailer, this time featuring comedian Trevor Wallace as DJ Crap My Pants.

This year’s event is at the NOS Event Center in San Bernardino, Southern California on Saturday July 31 + Sunday August 1. Passes go on sale Friday April 2 at 10AM PT for a $9.95 Deposit at HARDSUMMER.COM.

Check out the trailer and full lineup below! 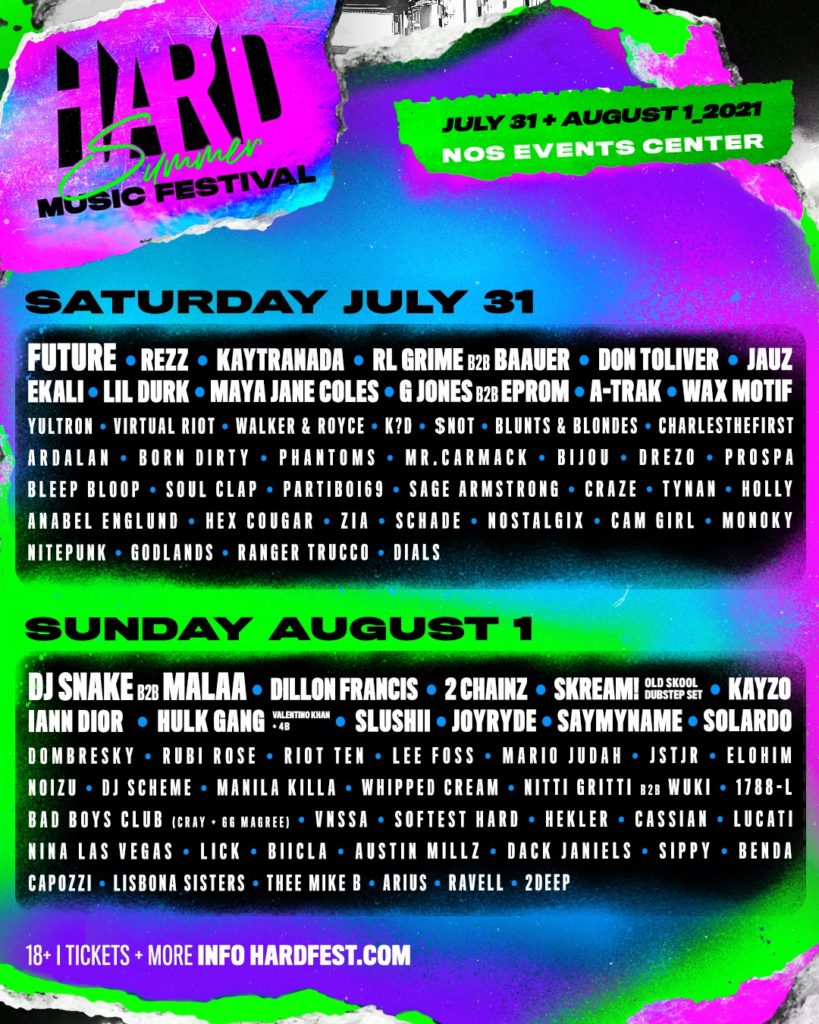