When I first started writing about music back in 2014, blogs were the main form of music discovery. There were some radio/music apps, like Pandora, but by and large entities like Spotify or Apple Music wouldn’t become more popular for years, let alone influence the whole landscape of the music industry.

A new study from Edison Research shows an objective rise in the share of Americans who subscribe to audio services, demonstrating those platforms’ rise: “The portion of the American population that is paying for an audio subscription of some kind has doubled since 2015, and is now almost half of everyone (47%).” 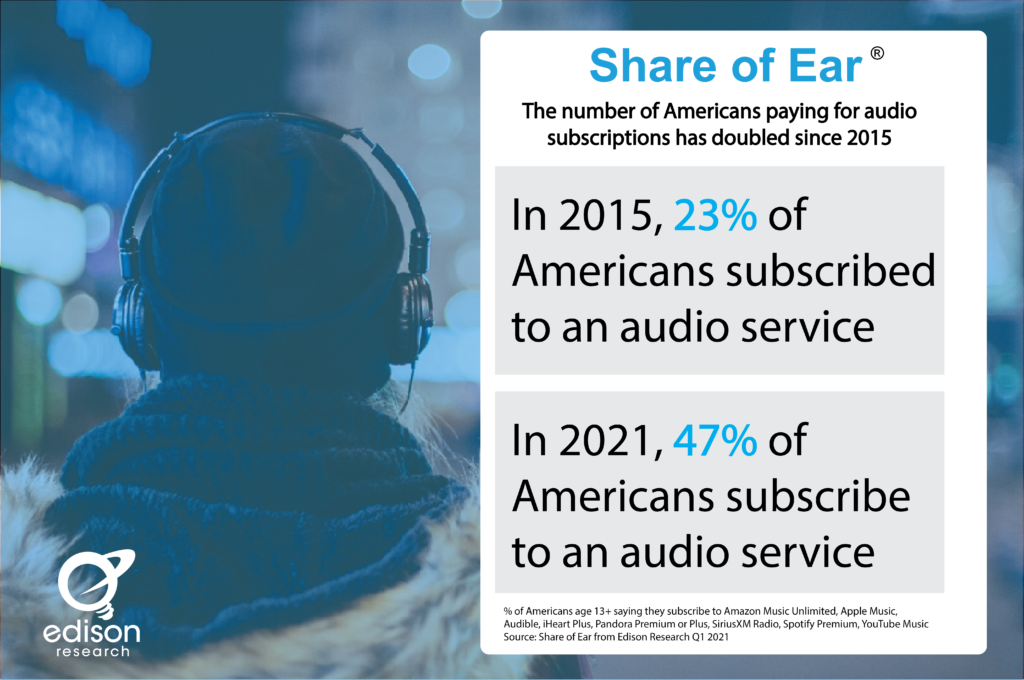 Edison notes that the study is a measure of people, not subscriptions — “If two people share a log-in or an account, that’s one subscription but two people who would say ‘yes’ to subscribing,” they clarify.

That being said, it’s hard to discern without the raw data how much of a real effect that sort of counting contributed to the overall tally.

One surprise, however, is that SiriusXM is the largest single subscription audio product in the U.S., primarily because it’s included in new cars that roll off the lot.

You can read a further analysis of the study from Edison Research here.