Years ago, electro house reigned supreme. Then came trap, big room, future bass, riddim, and more. As tastes shifted, new sounds began to take over live music stages and the once illustrious genre fell into the metaphorical depths. But as cycles repeat, it’s time once again for electro house to stand on top.

Leading the charge is No Mana, who presents Electromag — out today — a 19-track compilation featuring singles from himself, Tommy Trash, Wolfgang Gartner, EDDIE, Bentley Dean, James Egbert, and more.

“‘Electromag’ exists in a world where broke college kids exchange wordpress blog posts for backstage passes,” says No Mana on his compilation, “where the French and Italians throw the best parties, where the only cameras in the club are disposable ones. A world where Electro House is great again.”

The compilation is an unabashed blast from the past, full of nostalgic synths and effects and energertic four-on-the-floor rhythms that make it feel like it’s 2011 again. From familiar faces like Tommy Trash and Wolfgang Gartner to breakout stars within the space like EDDIE and Bad Disk, No Mana creates a whirring compilation for the ages from newcomers and titans alike.

Check out the full compilation below!

In tandem with the release of his Electromag compilation, No Mana embarks on his Electromag tour, which kicked off September 4 at Day Trip in Los Angeles, CA, and hits major cities across the entirety of North America before concluding in March of 2022. 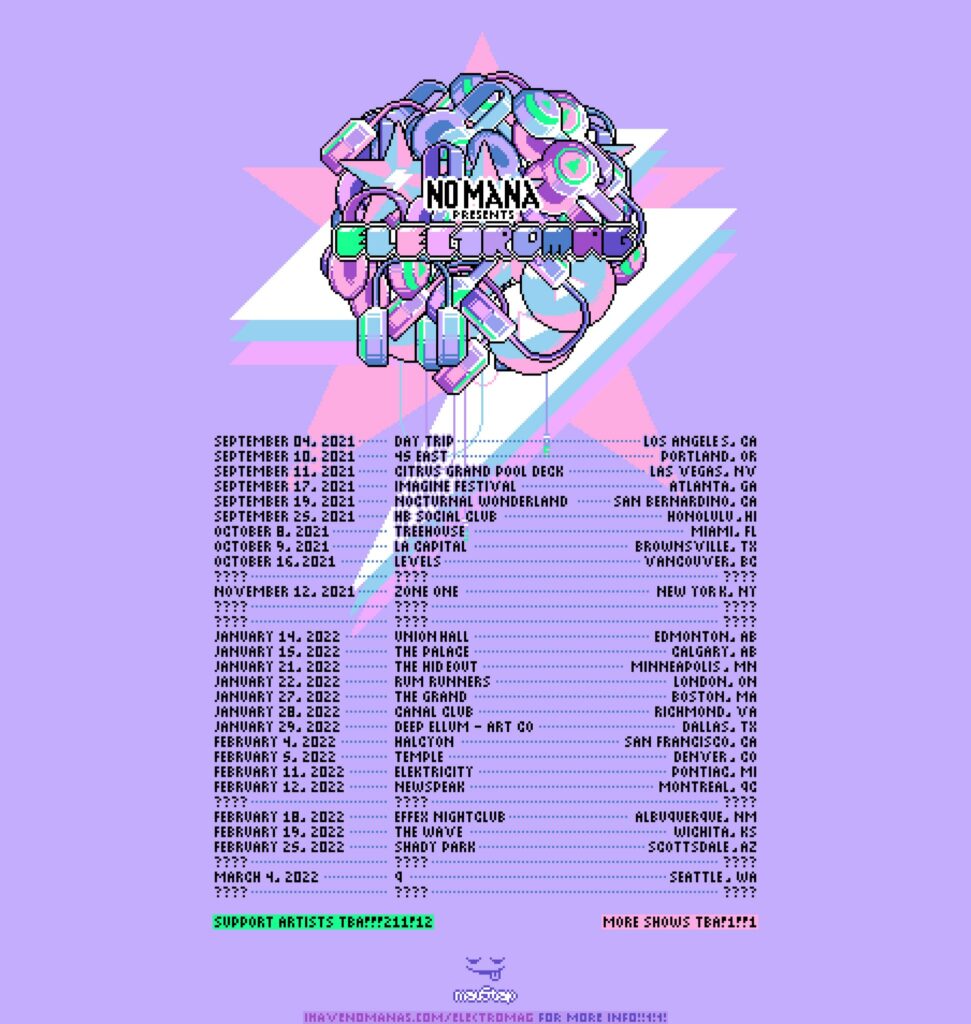