Today Do LaB, originators and creators of the boutique festival experience Lightning in a Bottle, have revealed the lineup for the event’s 2022 return to Buena Vista Lake in Southern California. For five days on Memorial Day Weekend, May 25-30, LIB will gather a unique blend of torchbearers from an array of genres and origins to its renowned creative tapestry. Each artist will play their own role in igniting the long awaited reconnection of the LIB community.

Since 2006, Do LaB has acted as a curatorial beacon for the west coast festival movement, going on to inspire a global movement within the larger festival movement. LIB remains a prized destination for artists around the world to showcase their unique crafts within creative stage environments built for immersion and wonder. The result is a deep connection between crowd and performer that paves the way for peak musical experiences and genre-defying discovery.

Thunder, known traditionally as the event’s bass music enclave, will transform into a tree-lined theater where multiple genres will be showcased in the open-air with its biggest lineup to date. It remains the perfect container for a melting pot of styles topped by electronic composer and vocalist Big Wild, the cinematic tones of CloZee, and Los Angeles bass icon Ekali. Excitement for fans of the low-end continues with the experimental soundscapes of G Jones B2B EPROM, LSDream, Mr. Carmack and OPIUO. In line with the event’s mission to inspire cross-genre pollination, American rapper and singer GoldLink will take center stage alongside Jamaican reggae singer and rapper Koffee, and New Orleans bounce legend Big Freedia.

There’s plenty more awaiting those who make the trek to LIB next year! Check out the full lineup below, tickets on sale 11/5 at 10am PST at https://www.libfestival.org/. 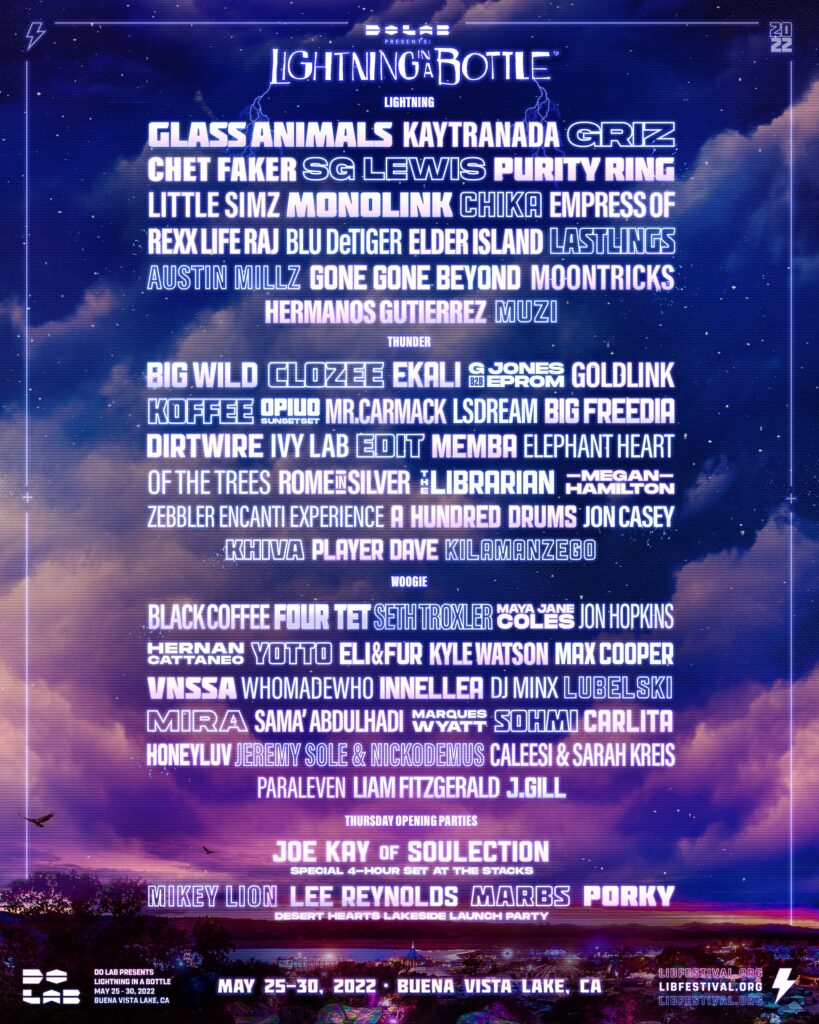