Lights All Night just dropped the full music lineup for its 11th edition and it’s a doozy. The longest-running EDM festival in Texas returns to Dallas on December 30 and 31 with a limited number of two-day and single-day tickets are available for purchase at LightsAllNight.com.

After a sold-out 10th anniversary celebration in 2019, LAN will make its triumphant return this December featuring performances from the world’s most sought-after dance and electronic music acts. 40,000+ guests from across the globe are expected to attend the two-day event, which will return for a sixth year to Dallas Market Hall located just minutes from downtown Dallas.

To kick off the festivities on Thursday night, dance music heavyweights Deadmau5 and Malaa have both been tapped to perform alongside previously announced headliners Illenium, Subtronics, JOYRYDE, and SLANDER – all of whom have previously performed at the Texas festival with the exception of SLANDER and JOYRYDE whose upcoming performance will mark their first time gracing the LAN stage.

On the following day Friday, December 31, fans will be ringing in the new year with a very special New Year’s Eve celebration featuring a number of festival alumni including Above & Beyond (2013, 2016), DJ Snake (2014), and Madeon (2012), plus Loud Luxury, Black Tiger Sex Machine, and the newly added house producer, OMNOM.

Over 35 dance music acts from Texas and across the globe are set to perform at this year’s event. The current music lineup broken down per day and in A-Z order is included below, while also available online at LightsAllNight.com: 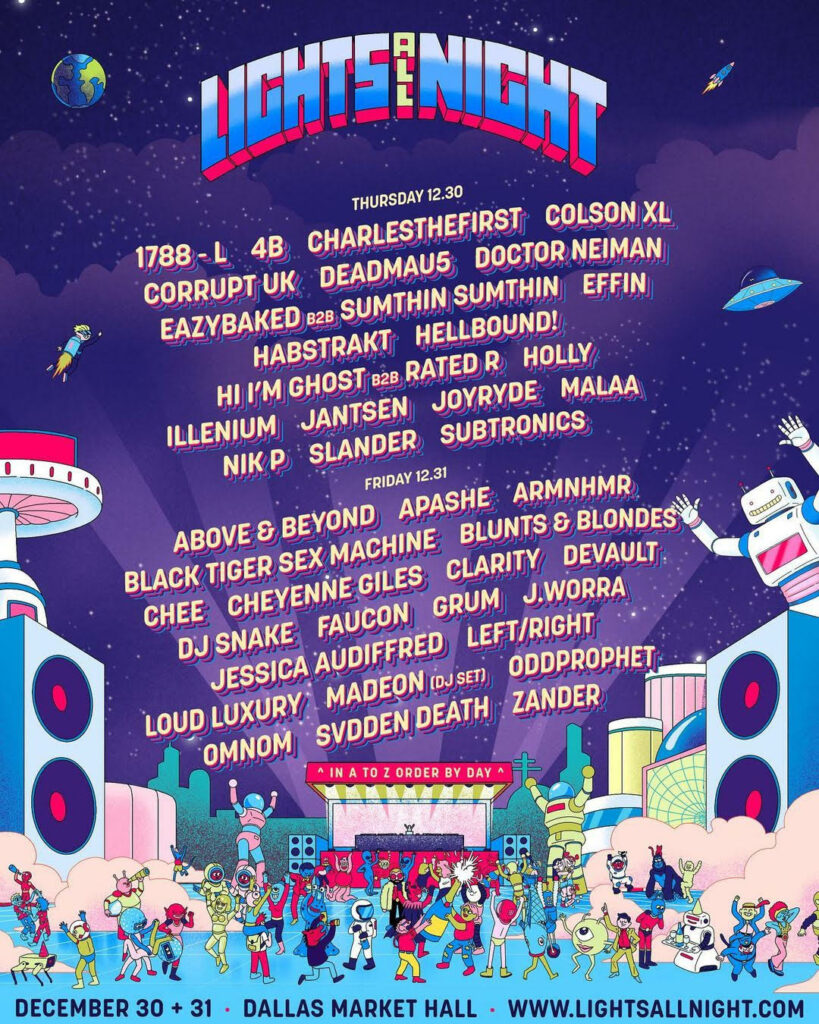