Almost four years ago, in March of 2019, The Prodigy frontman Keith Flint unexpectedly died. The band took an extended hiatus after the fact, only exacerbated by the global pandemic, but slowly but surely started to come back with some smaller shows. Now, as we approach the new year, EXIT Festival in Serbia has revealed their lineup for 2023 and the influential electro-punk band will make its first return to the festival stage.

As the band’s founder Liam Howlett explains: “EXIT is our favourite festival! We were there (in Serbia) when a lot of sh*t went down. They hold us in their hearts as a special bend, and we love the people there.”

“Many thought, including the band itself, that The Prodigy would stop performing after the tragedy, but we knew this wouldn’t be the case. The comeback concerts in London showed that the fire in them burns stronger than ever, and the iconic band’s reunion with its favorite, EXIT audience, will surely be the most emotional yet. In July, we will witness a moment of true music history, which will reach its highest point with a special laser projection of Keith Flint,” said the founder and CEO of the EXIT festival, Dušan Kovačević.

In addition, Skrillex also adds the festival to his growing list of headlining performances in 2023, including Hangout and Primavera.

See the first batch of artists announced below. Early-bird tickets are on sale from 87 EUR +b/f.  Tickets can be purchased here. The sunniest Holiday Offer begins on Thursday, December 15 — with each purchased ticket for EXIT 2023, fans will get a ticket for one of EXIT’s seaside festivals as a gift. 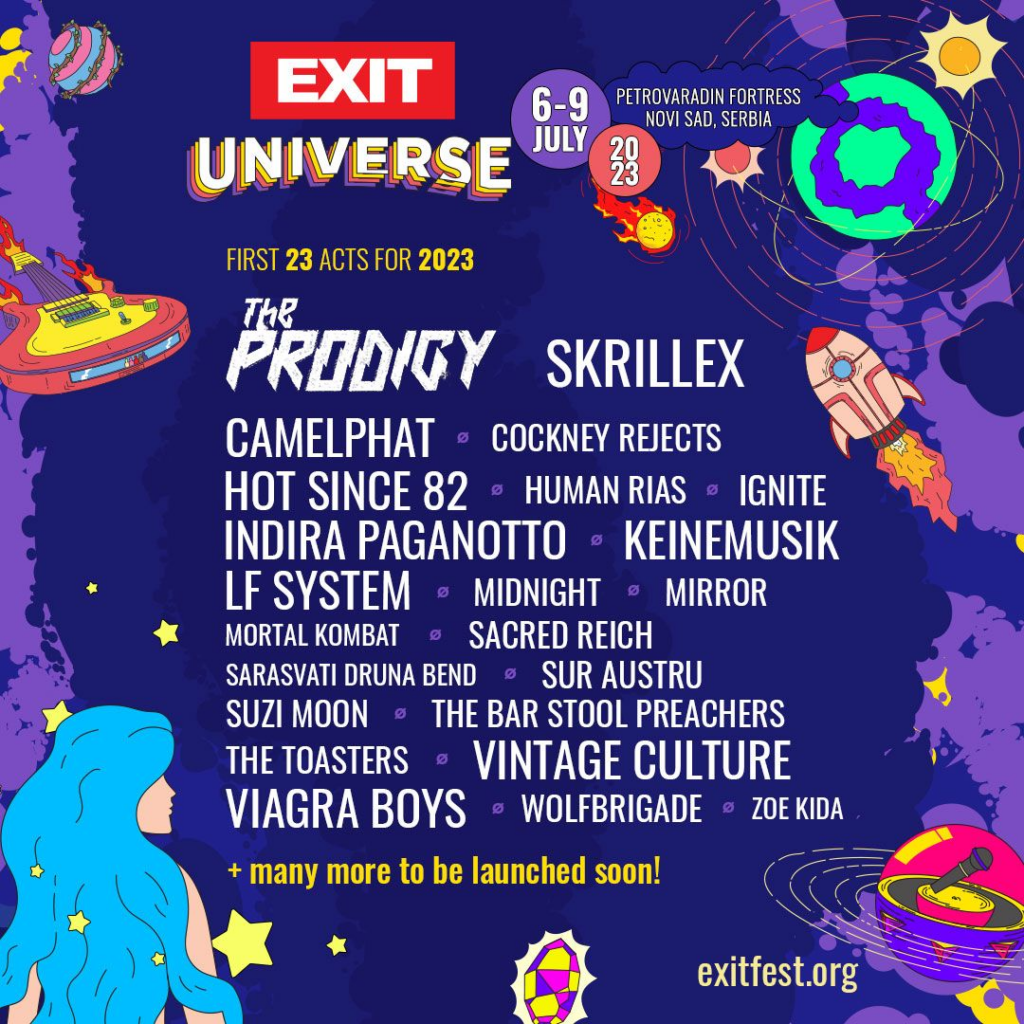