As the landscape of electronic music continues to expand many people ask daily, what’s next? While picking the next sub-genre of music is an ongoing speculation one trend slightly beyond the control of public influence is the visual experience. That’s not to say festival and club surveys don’t affect the decisions promoters make, but instead that visual curators are now taking a role in creating events and experiences rather than just hosting them.

For years companies such as Insomniac have focused on the ‘experience’ aspect of their events, but now more than ever promoters are taking a serious approach to this notion. Vice recently stole Paul Amitai for a few hours to discuss his role in developing the visual performances during, The Brooklyn Electronic Music Festival this weekend in Williamsburg. Amitai was a senior curator at Eyebeam in New York before working directly for festivals and events and has now been the visual curator for this weekends festival two years in a row. 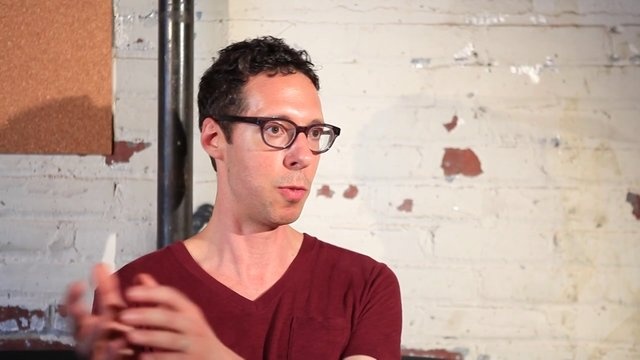 The interview with Amitai covers a variety of topics about event production from the curator’s point of view. Mentioning the difference in visuals between genres of music as well as utilizing the floor space of a specific venue, Amitai gives readers a glimpse into the future of visual performances. As are most interviews or news via Vice, the article provokes real thought from not only Paul Amitai, but also the reader. Don’t worry though, there are some great photos and interviews to supplement the reading.