In Diablo III: Reaper of Souls, the Blizzard team gives a nod to Deadmau5 with a legendary amulet called Halcyon’s Ascent, most likely derived from Joel’s alias Halcyon441. And not only does the amulet itself resemble the mau5head, it also references his track “Raise Your Weapon.” When using a certain skill while wearing this amulet, gamers can “mesmerize nearby enemies with [their] skill, causing them to jump uncontrollably for 6–8 seconds,” or in other words, make enemies break out into dance. Given that Deadmau5 is a pretty avid gamer, it’s great to see games pay him a little tribute. 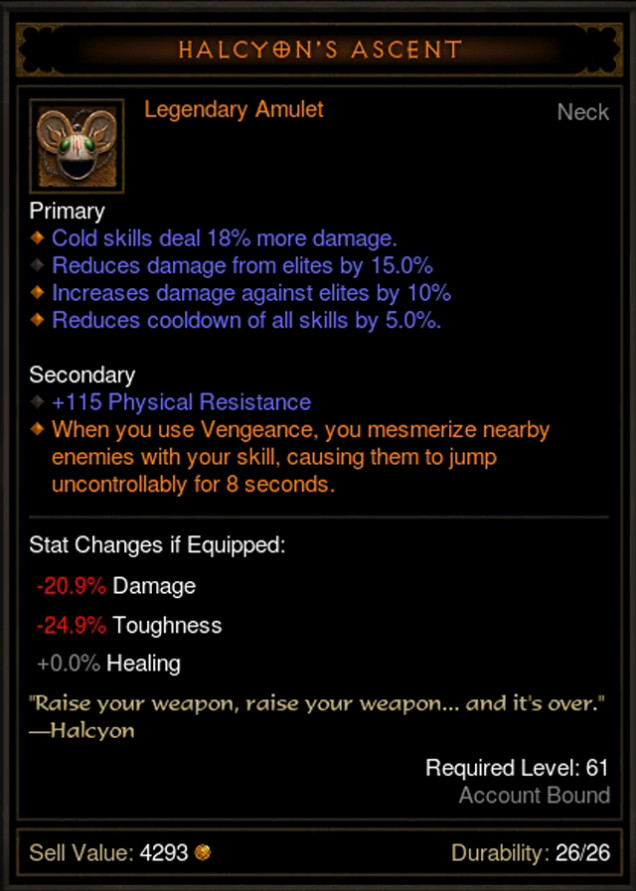 ”Talking ‘Bout My EDM Generation”: Billboard’s 10 Young Stars To Watch Out For