by Your EDM Staff
in Bass Music, Editorial, Interview

Bassnectar recently offered an insightful interview to Rolling Stone about his upcoming album “Noise vs. Beauty,” the live experience, and the pseudo-DJ scourge affecting EDM.

In Lorin’s search for “omnitempo maximalism,” the boundaries of his sound have been pushed to their most extreme. Last year, he infamously sunk the stage at Camp Bisco and caused Pretty Lights to lose power during his set at Basslights (prompting the beloved Coloradan to ask “Man, why does Lorin always blow the f***** system?,” almost without sarcasm). But while most of us can forgive Bassnectar for bringing unprecedented heat to each of his performances, the spectacle has raised some concerns.

“It’s definitely part of the ethos, you know, wanting to deliver an experience that engulfs the senses, that takes you out of your mind but activates your mind at the same time,” Lorin says. “Or at least you look back on and realize that, for a moment, you were both thought-provoked and stimulated and terrified and inspired” 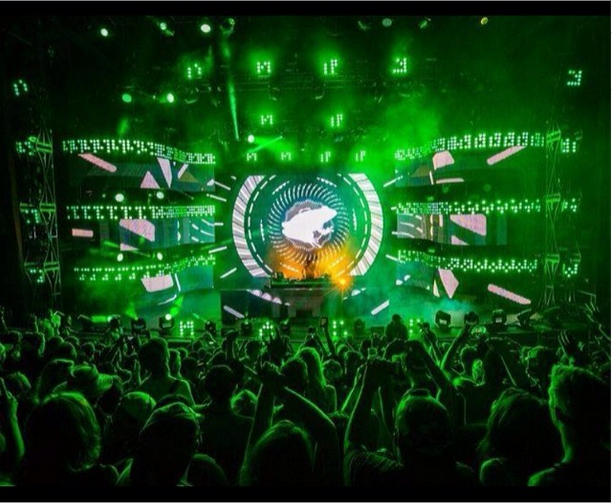 The only issue is keeping that experience contained. In 2011, Bassnectar violated the city noise ordinance and was fined $100,000 during his performance at Red Rocks Ampitheater, but has still managed to play the venue every year since with keen interest in achieving the perfect balance of sound and bass without going overboard. He used his intimate performance at Belly Up in Aspen to announce that he would not be returning to Red Rocks next year, though. Rumors and speculation of Lorin’s bigger plans for 2015 have circulated wildly throughout the basshead community ever since.

Bassnectar was asked twice in the interview about which songs he considered the heaviest of all time, but didn’t name a particular track. In spirit of his roots, Lorin recalls not being able to imagine anything as engaging as death metal. “What are my kids going to listen to? There’s nothing heavier than this,” he remembers thinking in youth. “And then, you know, bass music comes out and, obviously, it’s way heavier than death metal.” Though we’re still interested to know what Nectar’s favorite, heavy numbers are, here are a few of his own – some of the hardest-hitting tracks in all of electronic music.

But heaviness is just one spectrum of the Bassnectar palette. His new album “Noise vs. Beauty,” set to drop June 24th, is an all-encompassing tour of his talent. Nobody could describe the process better than the man himself:

I do like going deep and that’s what Noise vs Beauty is about. It’s like, you’re asking about the noise, but the beauty is a huge aspect of it. It’s almost like if music is the message, noise is the vessel that carries the message. The two can really fuse together, they can oppose, because noise can be hectic and annoying and screechy, haunting, frightening. Beauty can be calming, loving, ethereal, enchanting, inspiring, but the two can come together in these combinations that are worth theming a record over.

Like many crowd-pleasing DJs, Bassnectar spends most of the year on tour, but that’s about all he shares in common with “entertainers” like Steve Aoki or David Guetta. Not everyone dedicates the time or attention to detail to their music like Lorin, and even he has taken notice. “There are big name DJs right now who buy their own Facebook followers and manufacture their profiles and don’t write their music, have other people write their music for them and then don’t play their music live, but stand there during prerecorded sets while they run around onstage and congratulate themselves,” he says. “There are bad artists in every genre. EDM is so easy to critique because most of the biggest and most successful artists are the phoniest.” He tweeted his discern for fakers after the notorious video of a trio of idiots went viral in April.

“Noise Vs. Beauty” is Bassnectar’s own musical dream fully realized, and we can’t wait to finally hear it. Read the rest of Lorin’s interview with Rolling Stone HERE.