Last night Diplo accidentally posted on Instagram a shot of Jack U fan art with the caption “three days.” It was soon removed but not before some fans were able to grab a screenshot (look below).

With nothing else announced for February from EDM’s most dynamic duo, we can only assume this was an information leak for their hyped LP. Three days from last night would mean this release might come either Thursday the 26th or Friday the 27th, so keep your eyes and ears peeled to their various social media accounts; I hear Skrillex likes Snapchat. 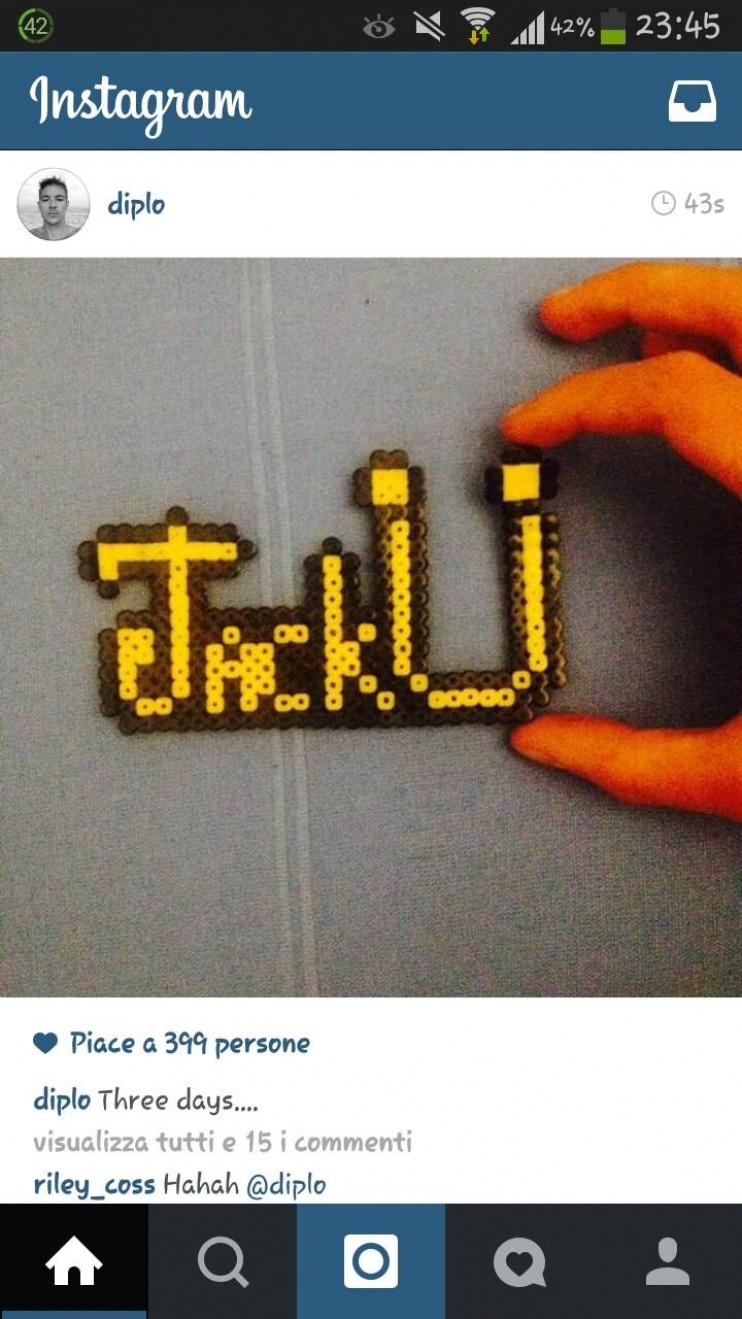