My first electronic music experience was at Coachella in 2010, when I randomly decided to stay up late the first night to see Deadmau5 with a friend. That night forever set in motion events that would change my life.

The second event that would change my life, and reaffirm my decision to become hopelessly involved in the electronic music scene, was seeing my favorite group NERO in a small club for the first time in Los Angeles. That club was Avalon, and I’ve been an ardent supporter in the four years since, specifically Control Fridays.

In the years after, Control has become my favorite club night in Los Angeles for music for a variety of reasons, not least of all its close proximity to my home. But its desire to host only the best performers in the widest variety of genres speaks to me as a music lover and judge of good taste. I can’t even begin to list the acts that I’ve seen as it would take up far too much space, but plenty of artists like Dada Life and Dillon Francis used Avalon and Control for their first performances in Los Angeles.

The job of booker or talent buyer for a club has always fascinated me, especially at Control, so when the opportunity presented itself to interview co-founder Ryan Jaso, I said yes without hesitation.

Control is celebrating its 6th Anniversary this Friday night, so it was the perfect time to catch up and see what they’ve got going on now, what goes on behind the scenes, and what plans they’ve got for the future. 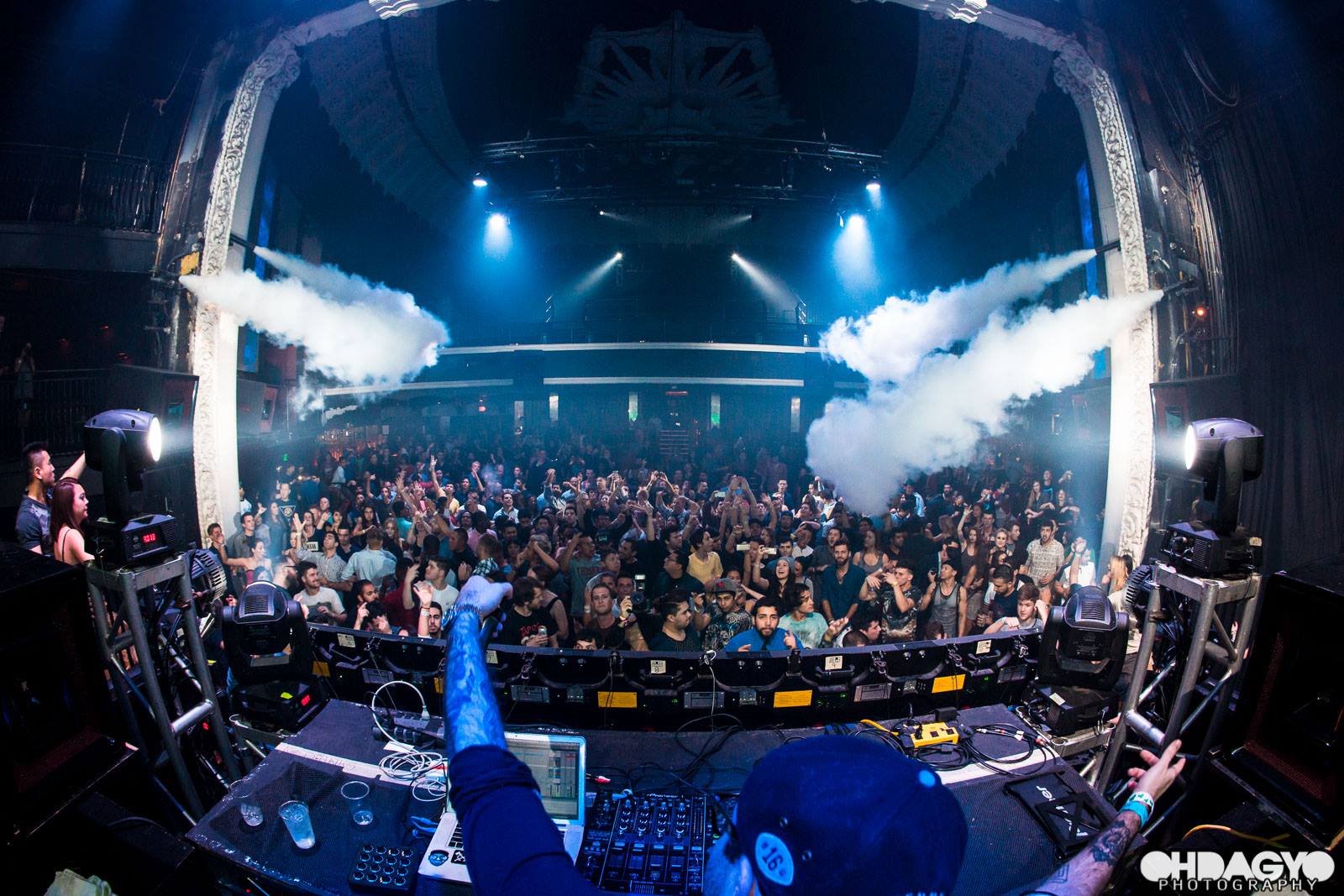 State your name for the record, please.

What would you say your job title is for Control?

I would say, with my partner Chris, we started Control. So I guess we’re co-creators, curators…

We’re the ones who pick the talent, but we have a booker who we work with in-house that handles all the day-to-day stuff. Her name is Beth Phares, she’s actually a really good hustler. I’m pretty busy with a lot of stuff and so is Chris – Chris is a DJ too – and I have my own management company and clothing store; I’m actually label manager for Size Records but I’m leaving at the end of the month. So she [Beth] has been great, she’s in a place where she helps us succeed. I would say the best way to put what my job title is at this point is “curator.”

How do you normally go about finding the talent?

We find talent a plethora of ways: via blogs, like yourself; we check charts …

iTunes charts are super important; we look at Beatport charts, as well. Between my partner and myself, he’s the DJ, so he’s out there listening to music because he’s playing the sets and he knows what’s going on. We’re both into different types of dance music, I would say. I like pretty much all types of dance music, which should be apparent if you look at the bookings at Control. We’re really not trying to pigeon-hole ourselves and be one thing. We book what we like and what we think is cool. That’s about it.

There’s no real science to how we do bookings. 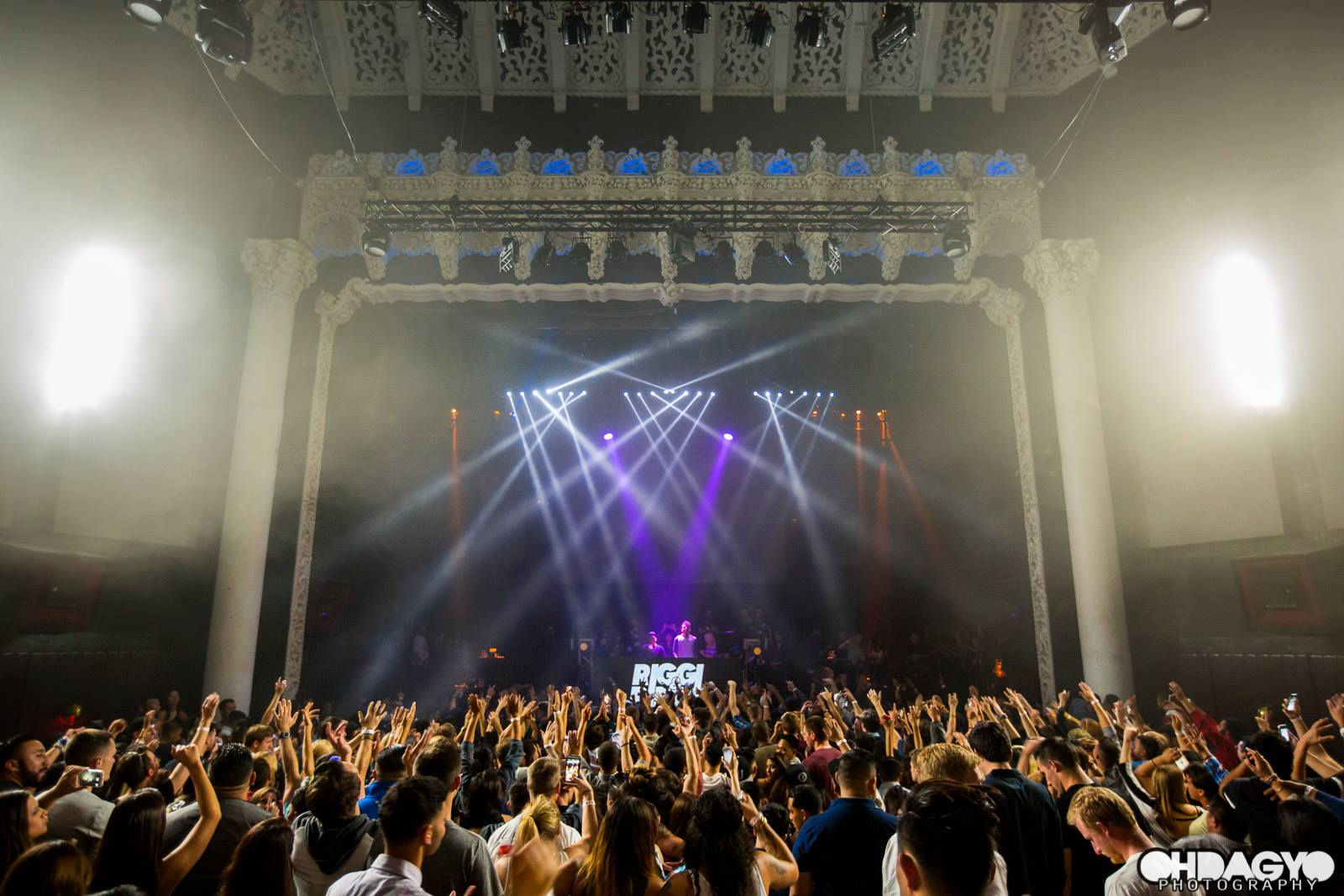 What would you say has been the booking you’ve been most proud of?

That’s so tough. We’ve been going for 6 years now, so over 300 shows and we’ve really been able to – I don’t want to say “break” artists – but we’ve definitely been at the forefront of certain artists’ careers and first plays. We had Dada Life’s first play in LA, we had Bingo Players’ first play in LA, Dillon Francis and Skrillex have both played the side room … we’ve been fortunate enough to be ahead of the trends. I think a lot of other promoters across the country look at us as a tastemaker and someone who is consistenly pushing the limits. And it’s awesome that we have the backing of the club to be able to go out and roll the dice and do things that aren’t really being done. Spor is a very good example that’s coming up in July.

I can’t even tell you the last time he’s played in LA and the response has been really great on the ticket-buying side. There’s a lot of people, I feel like, that wouldn’t take risks and then you see other clubs in LA and in the country … and I’m a manager too, and breaking artists is getting harder and harder. I feel like we take risks and we’re willing to book guys very early on.

The way we built Control, the whole idea was to call it a mini-festival. You look at the anniversary for example: you have the headliner is MAKJ – he started as a third slot. Actually, he started as a closer on a show, it was Adrian Lux and Otto Knows and he closed and GTA was the third-billed act, and MAKJ was closing. That was 2011. You fast forward to now, and now he’s headlining. You have Daktyl, who’s an up and coming guy from Mad Decent, you have Whiiite who I feel is up and coming and just signed a bunch of stuff to Mad Decent, as well. And then the fourth-billed guy is Drezo; and Drezo, I feel, is a guy who’s suddenly coming up on everyone’s radar. He’s got the OWSLA release, he did a remix for Snails and he’s building some buzz.

We book five acts on every bill, and it’s very calculated the way that we like to see these guys grow from what we call 3-spot into the 2 into the headliner.

That’s what I’ve found interesting about Control is that you don’t really have a resident opener for your shows.

No, we don’t. We have a couple guys we like to stick to – we have Sam Hiller, who hosts our radio show. He plays once or twice a month. We have some other LA guys. I talked about this a while ago, and I think there was an article about it, “The Art of the Opening DJ.” It’s often times harder to open a room than to headline, because you see so many of these guys they get in there and they’re excited and they want to play “Animals” at 9:30 and it’s just like, “No, that’s not how it works.” There’s an art to warming up a room and building it up for the next guy. We’re really picky about finding the right people. We have the closer who goes on from 3-4 or 4:30, and that guy can play a little heavier. That’s someone we believe in who’s more of a heavy bass or trap artist. 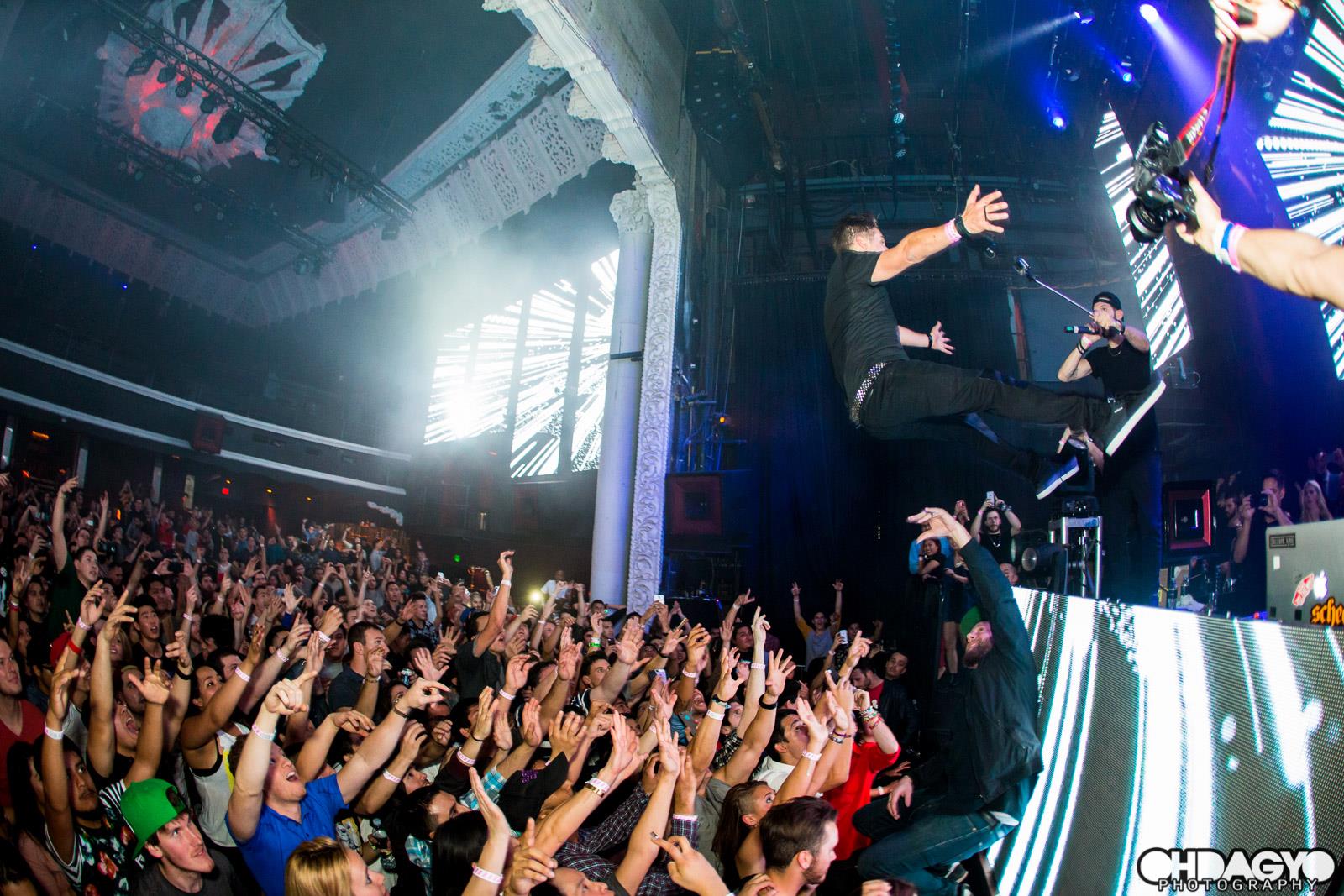 Perfect examples. We put guys in those positions that we feel like we want them to do their thing and don’t want to tone them down. They can come in and work.

Were you involved at all with the renovation of the Avalon, as far as the sound system or stage design?

I was involved to a point where the owner would come to me and say, “Check this out. What do you think of this?” but they had a full design team. It’s really his brain child. They were keeping me in the loop as things progressed; but the sound system is EAW, it’s a system that the owner, John Lyons, has worked with for a very long time.

The system was made custom for Avalon, right?

The colors were custom. The sound system can be found in One Oak, can be found in LiGHT in Vegas – but if you go to Vegas the ones outside the club are white, on the inside they’re black. We’re the only ones with the black with red cones. And as little as a month ago, we brought in these new subs that cost about $40,000 a pop. They’re unreal. There are six of them underneath the stage and they’re so clean.

You mentioned earlier that you built Control nights as mini-festivals. I recently saw that you booked Mt Eden, Kill Paris, and Big Gigantic on the first night of EDCLV. I kind of hate you for that since it’s my first year going and I’m missing such a killer lineup at home.

So this year, we’re thinking, “We always get our ass kicked. What can we do?” And to us, Big Gigantic was the move that we could make that grabs … maybe the kid that doesn’t want to go to EDC or can’t afford EDC. It was something a little different. I know everyone was upset because that lineup was so killer and it’s the Friday of the festival. It’s still been selling really well, in spite of everything. 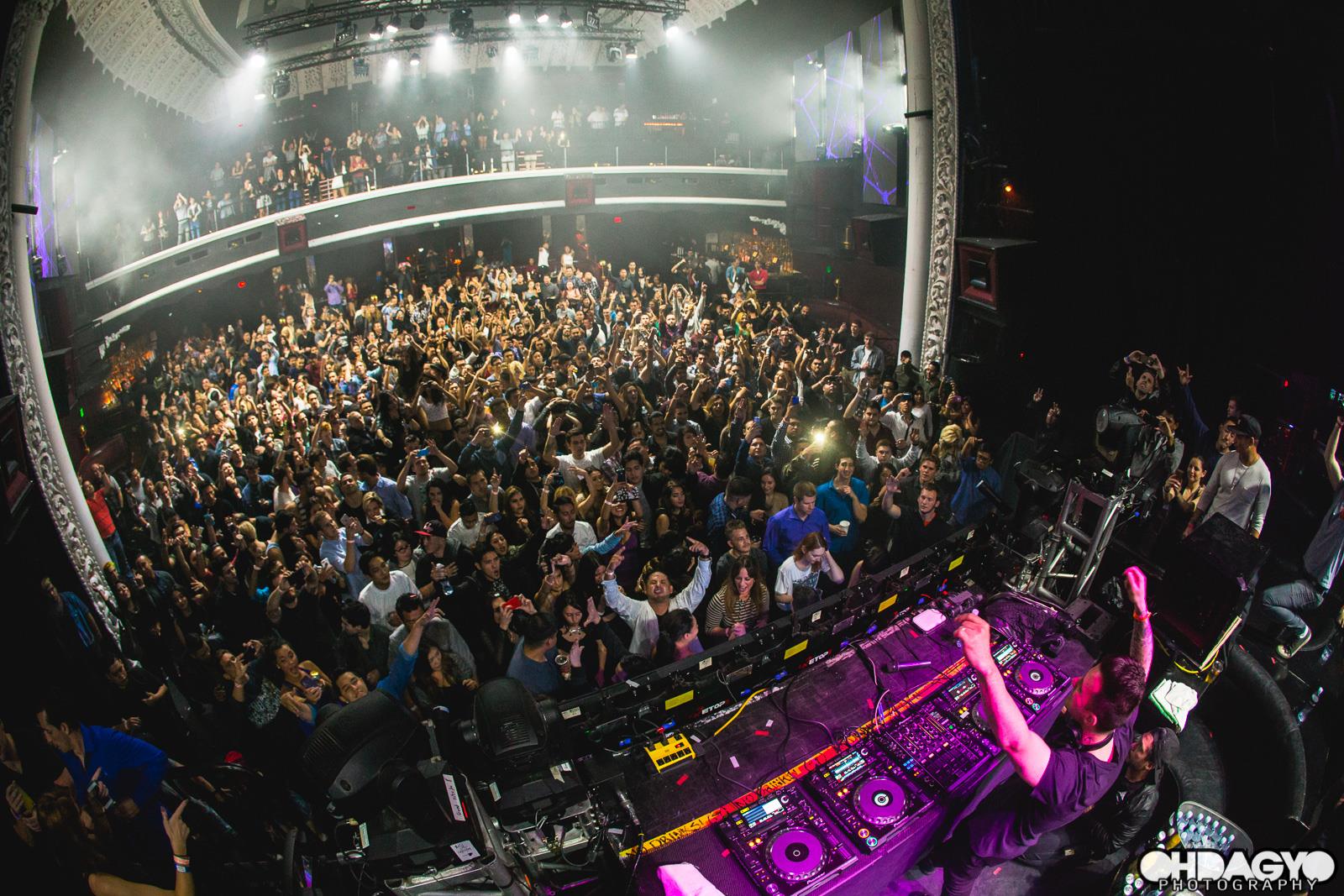 So as far as the 6 Year Anniversary goes – you’ve come this far, you’ve booked over 300 shows, where do you go from here? Is it just a weekly Friday show or do you want to branch out?

We’ve already expanded to Ruby Skye in San Francisco, for a Control weekly up there. Been there for six months. The idea is to branch out; we waited for five years essentially before we decided to finally move anywhere. We’ve been offered opportunities consistently, but I’ve seen guys expand and then not have the bandwidth to follow through and the nights suffer. The San Francisco thing made sense logically, routing wise, and Ruby Skye is very similar to Avalon – both big theaters.

Avalon is opening a new venue in San Diego.

So definitely keep an eye out for that.

All photos via Oh Dag Yo Photography

BabeyDrew Is Making The Tracks Major Lazer, Diplo, And Skrillex Are Playing