12th Planet Shares Thoughts on the Bassrush Tour, Artists to Watch, and More

12th Planet has been on a massive tour with LOUDPVCK and Kove, going from state to state to give everyone a huge taste of bass. I was able to take some time to talk to 12th Planet about his musical endeavors, and he was extremely honest and humble with his feedback:

The Bassrush tour is coming to a close. What were the best cities you visited on this journey? How was the energy coming from your fans at the shows?

The best cities on this tour in my opinion were Dallas, DC, and Phoenix. The energy at those shows were so incredible! Not to take away anything from the other spots, because every show was so memorable in their own regard.

Teaming up with LOUDPVCK and Kove must have been awesome. How has your friendship with these guys grown while touring with them over these past weeks?

I was super tight with Loudpvck before all of this started, and I had never met Kove. But over the past few weeks we have become like the 4 musketeers or something. We got loads of inside jokes, and stupid quirky memories that we will always have together. Like the time we stopped by Walter White’s house from Breaking Bad. 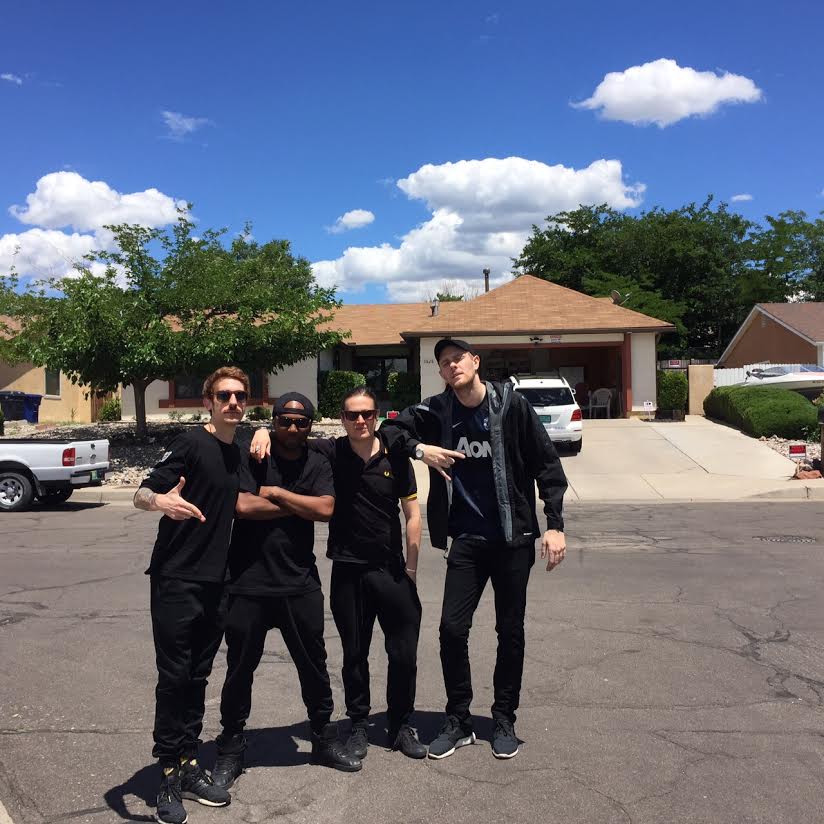 What were your original goals to make this tour such a success? Do you believe you achieved those goals?

My original goal of the tour was to have as much fun as possible. We definitely achieved it. Being a kid from LA, and having been so invested in Bassrush throughout the years, it only made it fitting to rep that party across the USA to spread the gospel of the underground LA bass movement. Bassrush has been around for almost 15 years and had a major influence on my label SMOG, from inception.

What would you say have been the most enlightening pieces of advice you’ve received from the artists you’ve worked with? Including LOUDPVCK and Kove.

I don’t really listen to anyone for advice. I kind of just do me, and hopefully, don’t mess anything up.

What are your plans after the tour comes to an end?

After tour ends, I will be back in the studio making music during the week!

There is so much talent rising in the LA area. Who are some upcoming artists you have your eye on?

There are way too many people for me to type in on this question. I’ll give it a shot tho. Protohype, Lumberjvck, Blood Thinnerz, Nghtmre, Jauz, Boombox Cartel, and Trollphace.

I’m sure you have been asked this before, but this type of question never really gets old. Do you have any impertinent advice for your fans and for upcoming music producers?

The best advice I can give to anyone is to stick to your guns, and not listen to anyone else. Also, its good to have a steady flow of income before you jump into the production life because making music while being hungry sucks.

Many listeners of your music describe you as someone who is a legend in this culture we are apart of. In your own opinion, do you yourself believe you have become legendary?

I am just a kid from LA who loves all Bass music, and wants to have as much fun as possible and enjoy life.

Getting to attend the Bassrush Tour was incredibly fun. Local talent PunkNasty absolutely killed his set, playing the best bass music and plenty of hard hitting, trap infused favorites. I see a bright future for this DJ, and I am sure he had a blast getting to play alongside these amazing artists. Kove came out of nowhere with his high energy performance, playing the best tracks imaginable all while wearing his flip flops. How epic is that?

LOUDPVCK had the same undeniable style as when I saw them at Hard Day of the Dead. They truly know how to throw a party for their fans, and they got everyone hyped up in the venue. 12th Planet, the man of the hour, made the night an unforgettable one for all attendees, showing through his set that with hard work, dedication, a fun personality and a good outlook on life, that you can truly achieve any dream you have.

I hope I get to catch these artists again very soon. It was awesome being able to interview 12th Planet, who I will always consider to be a legend.