Justin Bieber, who has been (surprisingly) successful at breaking into the EDM world, cancelled his appearance at Montreal’s BeachClub last night. The outdoor venue, which just hosted Kylie Jenner’s 18th birthday party last week, booked Bieber and MAKJ, but according to the singer in a tweet, the promoter was in breach of contract.

Montreal due to the promoter of today’s event breaking his contract and lying I will not be able to attend today’s event. I’m sorry

I look forward to coming back to Montreal in the future to do a proper show but I will not be able to attend 2day due to this breach. Thanks

BeachClub also released an official statement of their own to back up the singer’s tweets:

“Beachclub and Justin Bieber are in no way liable for the cancellation of today’s event. We would like to reassure all of our clients that tickets will be fully refunded on the spot…. Our management team truly believes this is a troubling situation, especially since it was completely out of our control. To accommodate our clients, Beachclub will be offering free entry for all to assist the MAKJ DJ set all day long.” – BeachClub

According to comments on their Facebook page, it seems Team Productions only paid Bieber half the fee he promised for the appearance. They also promised free admission at first, but later comments on their page suggest that they charged $25 at the door for entry. MAKJ will also be playing BeachClub today. 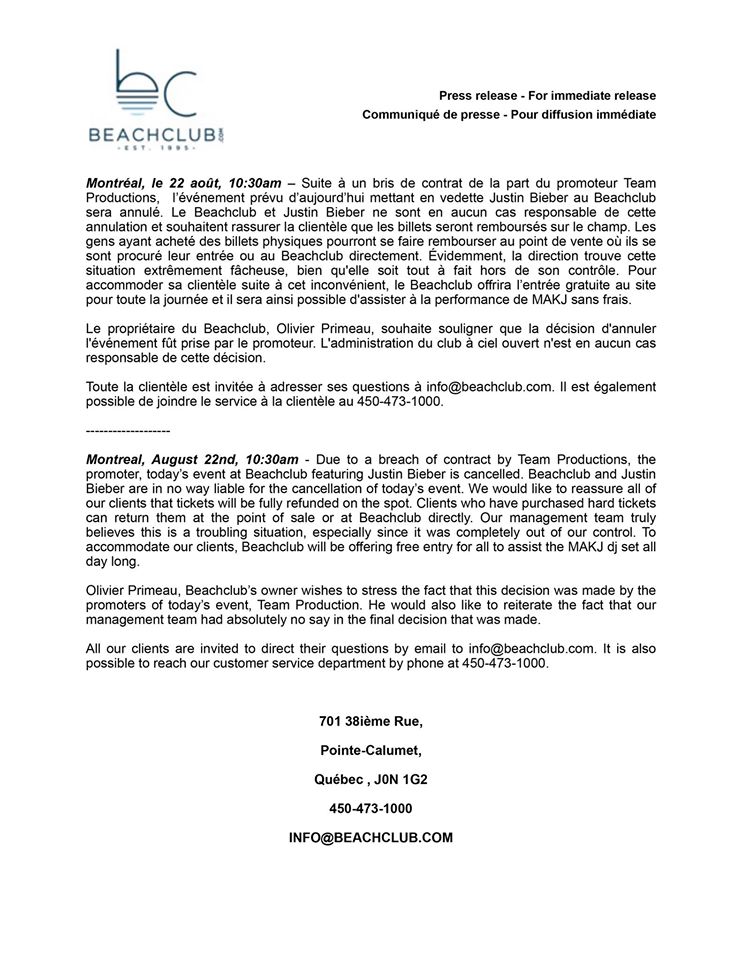