Don’t mess with the Dirtybird BBQ.

The newest summer tour has overtaken the country, selling out in multiple locations like Seattle, Brooklyn and more. The house music day party, however, originally cancelled today’s stop at Daylight in Las Vegas, and obviously fans were not too happy. Dirtybird founder Claude Von Stroke took to Twitter early this morning to explain the situation: 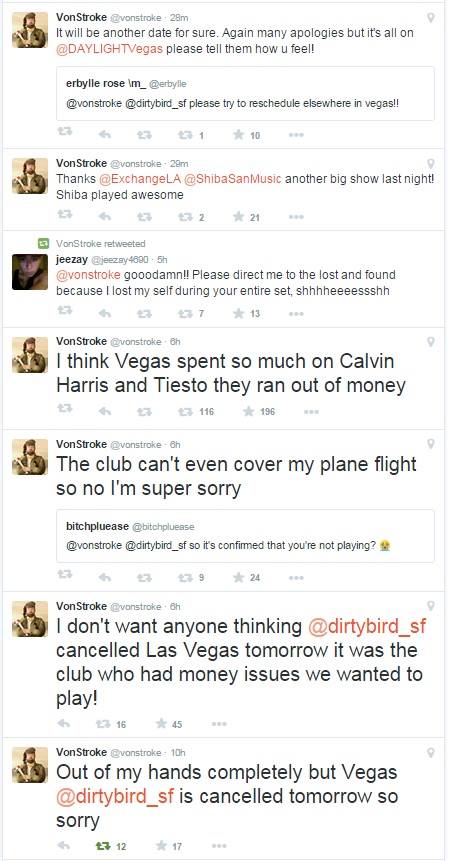 But after a few people took to social media to completely blast Daylight after hearing the news, it seems the situation has been rectified:

Ok lol, Internet is sometimes awesome. Vegas is back on today!! Club came around because of u guys the fans!! We are playing @DAYLIGHTVegas — VonStroke (@vonstroke) August 23, 2015

While a temporary solution has been found, it’s still concerning that a Las Vegas club such as Daylight wouldn’t have enough money to pay for Claude Vonstroke, J.Phlip and Shiba San. But for now, the Dirtybird BBQ will continue their perfect streak of shows.

This New Venue Brings A Whole New Meaning To “Intimate”

This New Venue Brings A Whole New Meaning To "Intimate"