Win Tickets to Freaky Deaky Halloween and Side Stage Viewing with Benny Benassi!

by Georgia Modi
in About, Editorial, Events, Giveaway, Tickets

Halloween is just around the corner and if you haven’t made any plans yet you better get on it. And to give you a little push in the right direction I’m going to suggest checking out React Presents’ Halloween event, the iconic Freaky Deaky Halloween, now bigger and better than it’s ever been before. React really pulled out all the stops this year to give their fans one more festival to extend the season as long as possible. A full 3 days this year, Freaky Deaky has moved homes all the way to Toyota Park and is stepping up their design game by offering some of the coolest stages I’ve seen in awhile. You can check those out here. And you can’t forget the fact that they are bringing some of the biggest names that it’s ever had with Armin Van Burren, Bassnecat, Gesaffelstein, and Pretty Lights among the few to be headlining throughout the weekend.

It’s no surprise that we here at YourEDM want to give back to our readers as much as possible, so we once again teamed up with React to give you guys the chance to have one kick-ass Halloween weekend. One lucky winner will receive a pair (two) of GA 3-day passes to the festival which also includes the chance to watch Benny Benassi’s set, on Halloween itself, standing side stage! Enter below to make sure you don’t miss out on this awesome opportunity and keep in mind you can post to Twitter and Facebook daily to get more entries! The winner will be chosen on October 20th, so keep an eye out!

Win a pair (two) of 3-day GA tickets to Freaky Deaky Halloween and get to have side stage viewing during Benny Ben… in Giveaways on LockerDome
Three day and single day passes are still on sale at Freakydeakyhalloween.com
For all the info you need on tickets, hotels, and more be sure to check out both Freaky Deaky’s Facebook and website. 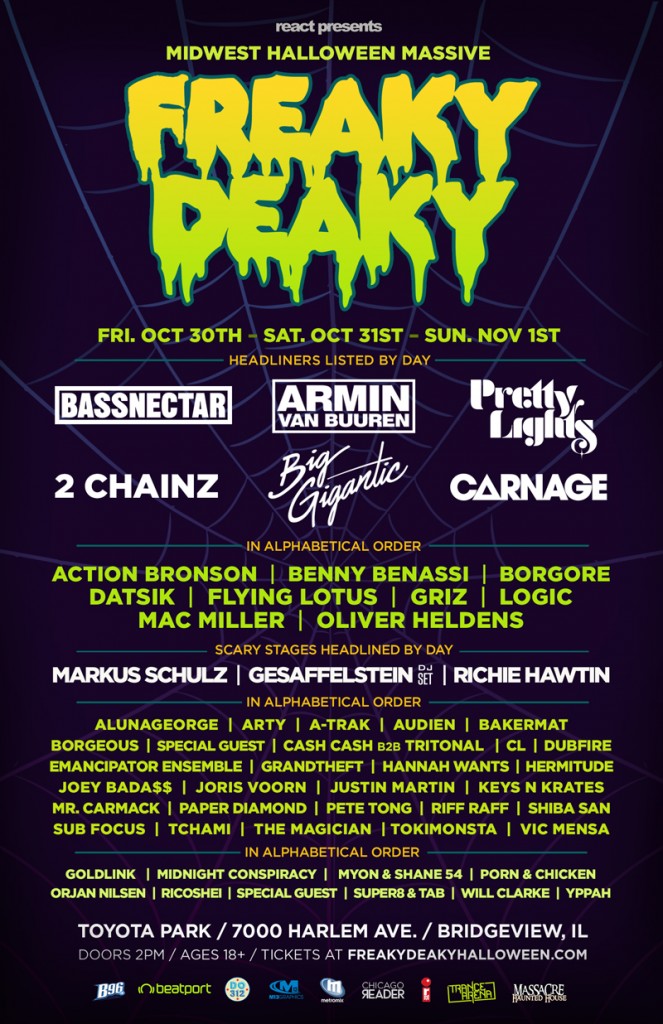