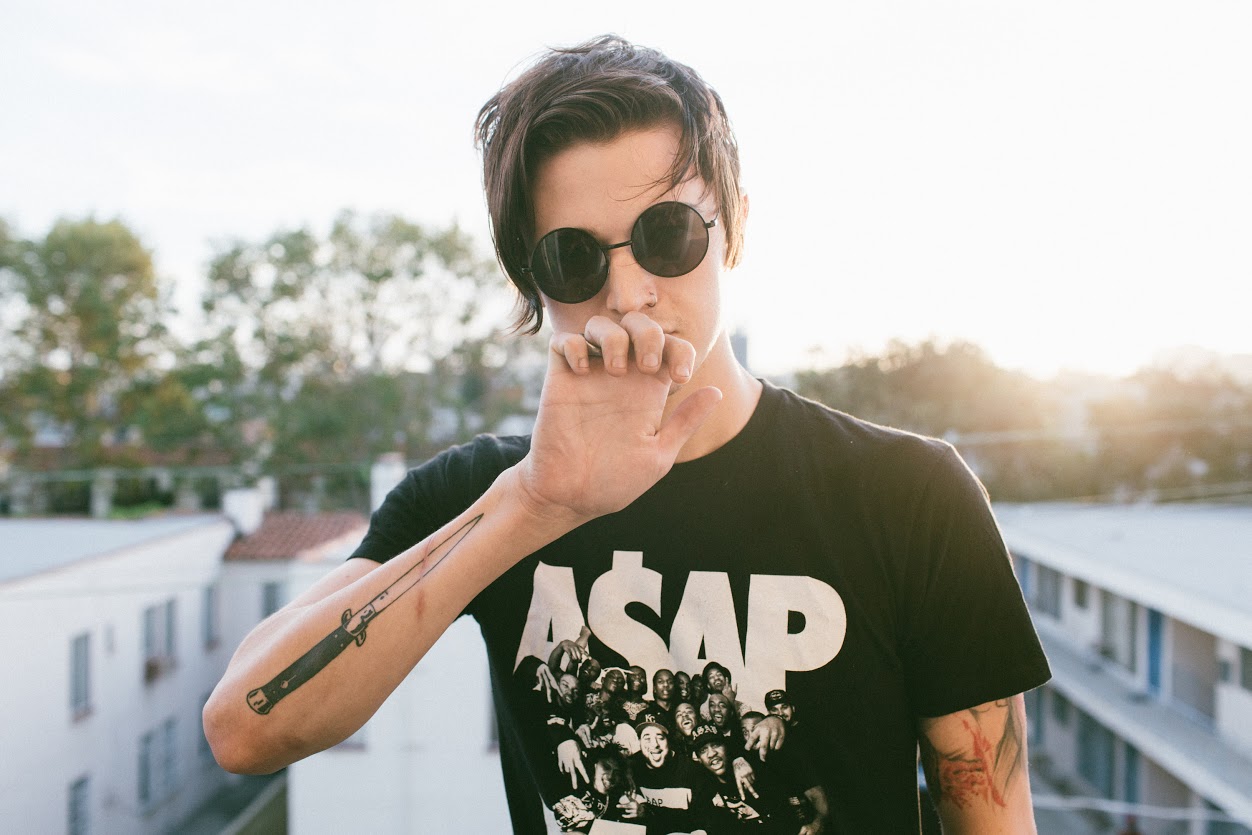 Avalon Hollywood and Control Fridays always have their fingers on the pulse of dance music in Los Angeles, and it’s the reason why they’ve been able to so consistently pull innovative producers for their weekly shows. 2016 wouldn’t be complete without a headlining set from Ghastly. The Arizona-born producer has gone through many trials to get where he is today, but it’s all paying off now.

In celebration of his first headlining spot at Avalon this Friday, we asked Ghastly about some other firsts in his life.

First album ever purchased? I believe it was Linkin Park Hybrid Theory, used to bump Crawling and get all angry n shit.

First car? First vehicle was a 2000 Dodge Ram Conversion Van, I used to tour in my metal band with that can and committed dozens of debaucherous activities in it until I crashed it into the back of a cement truck and totaled it.

First state visited? California, even then I knew I would call this place home one day.

First gig ever played? (As Ghastly) I played at Voyeur in San Diego with Benga, I didn’t even know how to DJ yet so I was learning as I performed – was too poor for CDJs so I just got booked until I figured it out.

First choice of restaurant in L.A.? Mastro’s Steakhouse is the primest choice – best food ever.

First song ever produced? (as Ghastly) My very first track was called ‘Funky Flex’ and was actually released on OWSLA’s Free Treats compilation.

First time at Avalon? First time I played Avalon I was still learning how to DJ – I was so bad that they cut me off and sent me home, so to come back and headline with a new groove got me feelin’ some type of way.

Ghastly shot to fame after his collaboration with Mija, “Crank It,” went live in December 2014, and it’s been a wild ride ever since.

Tickets to this Friday’s show are still available here.