As the new year rings in, one of 2016’s first music festivals is one that has always left its mark on patrons… with lots and lots of paint. The event that took paint-parties to a new level, Life In Color, is back and you may want to get your white T-shirts and some Zip-Lock bags for your phones and wallets before you head out this year.

But if you have missed out on Life In Color in the past and are not certain what “The World’s Largest Paint Party” is all about, a new video the festival has uploaded can help you out.

In a concise, informing eight and a half minute video, Life In Color shared on YouTube a mini-documentary where founders and collaborators talk about the franchise’s humble beginnings and their current successes. From LIC CEO Sebastian Solano, CMO Lukasz Tracz, MC Emir Duru, DJ and producer David Solano, and more, the men who crafted what originally began as Dayglow talk about the first shows in the now long-gone Mekka nightclub and annual festivities they would hold in clubs including Space. Since then, the LIC crew spent their time expanding into the Miami Beach Convention Center and when that location became too small they moved to using Sun Life Stadium to host their new line of touring festivals.

If you attend this year, make sure to catch performances from NGHTMRE, 3LAU, Keys N Krates, Ruby Rose, Flosstradamus, Steve Aoki, Zeds Dead, Big Sean, Jack Ü and more on January 16th. Also, check out the video below to catch up on the history of Life In Color and it’s impact.

Buy tickets at licmiami.com and to check through videos of the new stages, a guide of the new tents, and more! 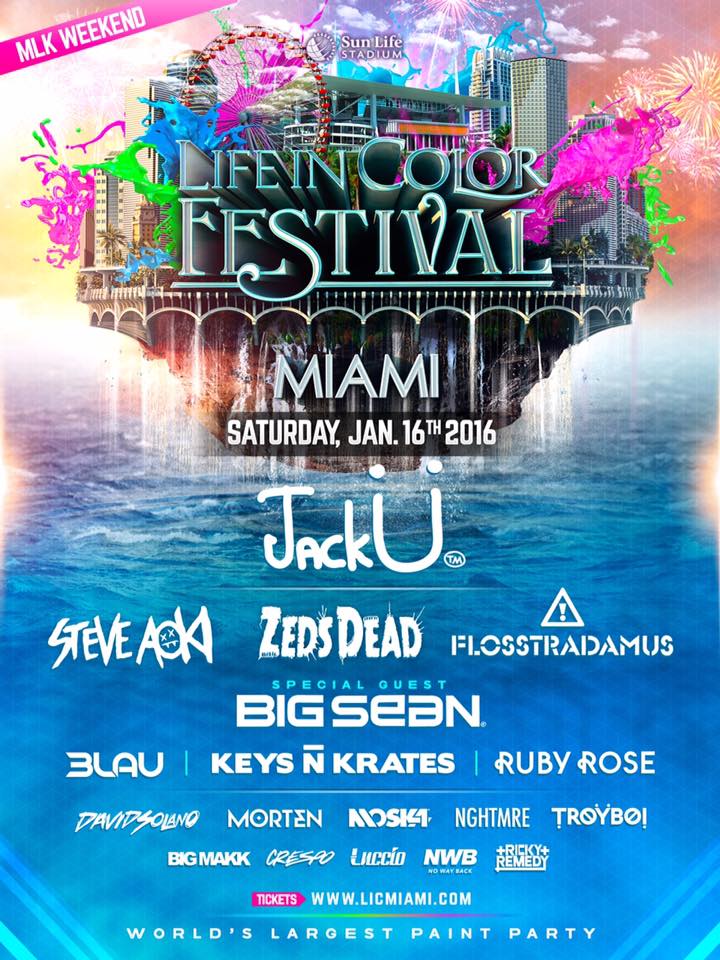