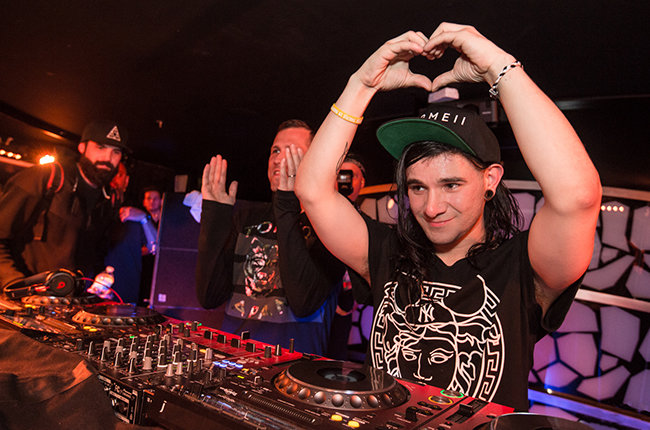 Skrillex Fights Back Emotions During Touching Moment In Miami

Skrillex celebrated his 28th birthday last Friday with an impromptu all-dubstep set in Miami, to which we can only assume thousands of fans flocked. During the set, the crowd sang happy birthday to Skrillex in a moment which was captured on video below.

Sonny was fighting back tears when his fans started singing “Happy Birthday” during a spontaneous set in Miami. The emotions must have been overwhelming!

Fighting back tears, Skrillex exclaimed, “I don’t ever forget moments like this. I don’t forget any time I play a show because this is what I love to do. I love to make music, I love to share music, and I love you guys. I really do.”

Skrillex headlined Life In Color Miami the next day as part of Jack Ü, the project which has propelled him far and above anything he could have imagined when he began making electronic music in 2010.