In a music landscape where its becoming more and more difficult to stand out, Matt Colon has helped drive Deckstar Management from a well known management company into an industry powerhouse that dominates multiple facets of entertainment. From signing DJs like Steve Aoki, Porter Robinson, Datsik, and Deorro, to rock acts like Smashing Pumpkins and Blink 182, Matt Colon and Deckstar are on an unstoppable path. Find out about the journey to the top in this weeks Industry Spotlight.

How were you first introduced to the field of music business? What initiated this interest and passion for you?

I always loved music but initially I planned on going into the film industry.  I interned for a few directors and publicists, but it always felt like work.  I eventually met a hip hop producer and found myself spending countless hours in his studio tinkering with his equipment.  I eventually left enough voicemails at Def Jam until they got tired of deleting them and gave me an internship.  Hip hop was THE sound of that era (late 90s) and my favorite genre by far so that was where I saw my career going.  At nights though I was obsessed with raves, finding myself at them sometimes 3 nights a week.  After graduating from UCLA, I was told I’d need to move to New York to get a paid job at Def Jam so I decided to explore my options.  A chance meeting with someone that worked at the biggest electronic label at the time (Moonshine) helped me realize that there was a whole world of independent music, particularly in dance that I’d never really explored.  Who knew there were careers to be had in dance music.  Not only did I find out that dance music was a thriving industry but I was able to excel thanks to my experience in hip hop and love for pop, art and skate culture.  To this day you can often see those influences in the careers of my artists.

What are your personal music tastes? Is this reflected in the type of acts that Deckstar represents?

I can appreciate great songwriting and production in any genre but my own tastes lean toward traditional pop songwriting and 80s sounds.  So a lot of my favorite acts over the last 15 or so years have reflected that.  In the early 00’s I was a huge fan of Zero7 and Postal Service, leading me on to the Electroclash and retro-indie sounds of the mid 00’s (Peaches, LCD Soundsystem, Bloc Party) and then the whole French inspired electro stuff (Edbanger, Kitsune).  I’m not sure I’d say it reflected the acts that Deckstar in generally represents as we have 15 managers with varied tastes but it certainly informs a large part of my roster: notably Holy Ghost, Classixx, filous, RAC and EMBRZ.

Describe Deckstar’s beginnings. Who were some of the first artists you got behind?

When we started Deckstar there weren’t really any established DJ management companies, at least not like there are today.  Most managers were on their own, working with a handful of acts at most.  I was managing Steve Aoki and my current partners, Paul Rosenberg and Lawrence Vavra were managing DJ AM.  We thought that together we could accomplish more than we could on our own.

Initially our goal was to focus entirely on DJs but as Steve’s career transitioned from being solely a DJ to a hugely successful producer,  we saw the opportunities that was brought with it.  Slowly, we transitioned into being a full service artist management company representing artists from a variety of genres.  Now we’ve got a staff of nearly 60 people overseeing 80 artists including core dance acts like The Glitch Mob, Porter Robinson, Deorro to rock acts like Blink 182, Janes Addiction and Smashing Pumpkins along with indie leaning acts like RAC, Fischerspooner and Air.

What will 2016 holding for electronic music in your opinion?

I think dance music finds itself at a crossroads in 2016.  DJ/producers can no longer get away with releasing cookie cutter tracks, score a top 10 on Beatport and demand 5 or 6 figure fees.  The novelty of dance music has worn off and fans tastes are evolving.  Like anything else in life, if you consume something intensely for long enough, eventually your tastes become refined. Wee are seeing that take place throughout the industry.  Ultimately the cream will rise to the top and the rest will end up making music for reality TV or selling real estate. 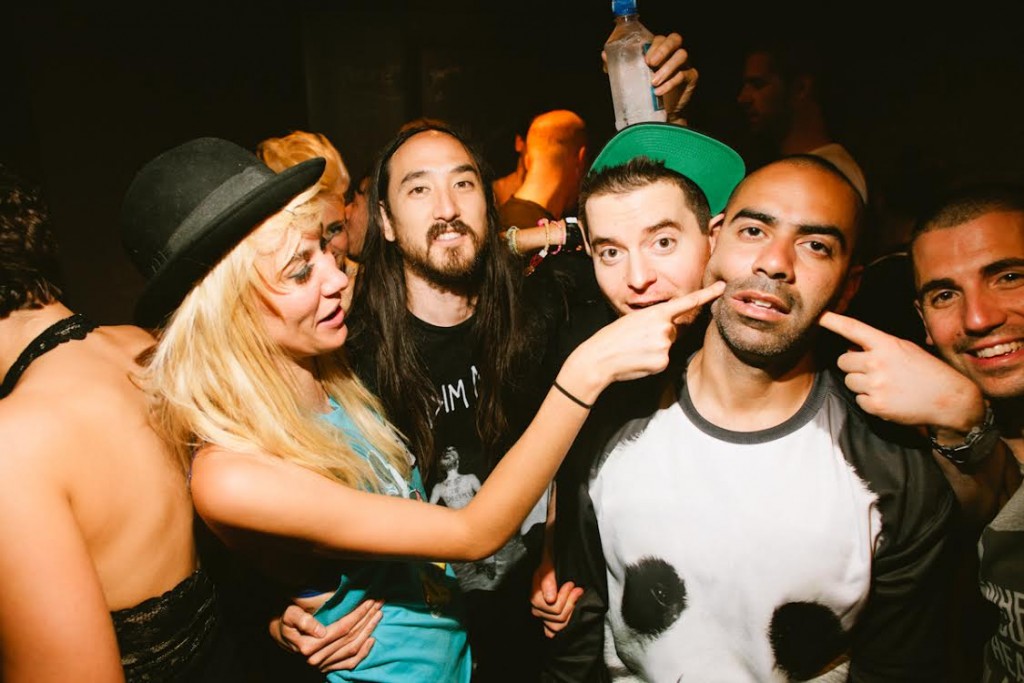 Who do you see blowing up this year?

I loved everything Gallant put out in 2015, but I’m a sucker for great R&B.  2016 is definitely his year.  In dance music, it’s pretty obvious that everyone is talking about Jauz, Marshmello and KSHMR (just look at YourEDM’s Facebook wall haha).  Looking at my own roster, I can’t speak highly enough of filous.  This 18 year old child prodigy has blown everyone away with his ability to seamlessly blend live acoustic instrumentation with deep house sensibilities.  I’m also really looking forward to something exciting from Classixx (wish I could tell you more!).

When considering new acts, is there a musical standard Deckstar goes by when signing additions to the roster?

Honestly no.  It’s all so subjective that it’s hard to pinpoint any one thing.  I will say a defining factor is work ethic.  It’s no secret that the most successful artists in the world are also the most hard working (Steve Aoki has taught himself to sleep in 10 minute increments).  Whenever you see someone rise and fall quickly, it’s almost always due to poor work ethic.  So many promising creatives make one beautiful piece of art and then rest on their laurels.  To have hit after hit over years of ups and downs, requires a sacrifice of time, sleep and creature comforts.   The rewards can far outweigh the sacrifice though.

What kind of advice would you give someone interested in a career in music business?

Learn to enjoy being broke.  It took me at least 10 years of living paycheck to paycheck before I could pay my bills without having to check which were the most overdue.   Nobody is in the music business because they want to get rich.  The get rich quick folks are quickly weeded out when they see their first paycheck (especially after tax).  The vast majority of people in this business, truly love music and everything it entails.