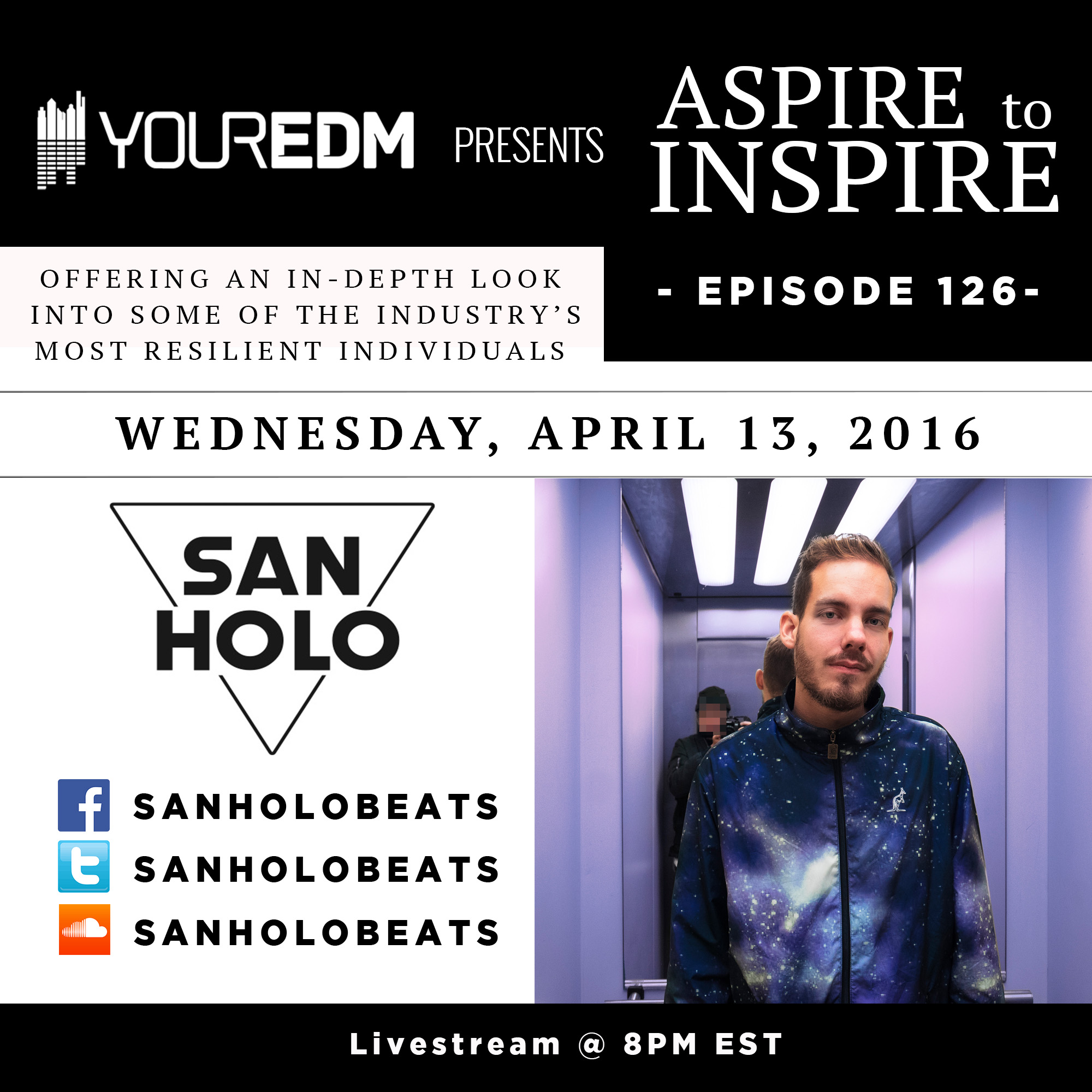 At a young age, Sander van Dijck, better know by his stage name San Holo, was drawn and inspired by music. He would play around with records and manipulate their sounds with a record player for fun. Although this was amusing at first, Sander’s interest soon peaked – he wanted to create his own original music. He took up guitar lessons at the age of 11, and learned the core principles of music, including how to play notes and chords. Soon, he began to make his own songs, and developed a tactful musical skillset through the years. Upon graduating from high school, Sander continued to follow his passion and attended a music academy.

The technical skills Sander learned throughout his childhood and schooling translated into a tool in which he could express thoughts, feelings, and emotions. It was like giving an artist a paintbrush, allowing him to create a masterpiece. As a nostalgic person, the young producer began to make songs based off his raw emotion, piecing together evocative chords that pull at heartstrings. His inspiration to this day draws from the weird happenings of life, in which most cases cannot be put into words. The joy of being in love, or the sadness of missing someone are examples that have provided Sander creative fuel.

The young Dutchman takes prides in producing emotionally packed music and hopes to transmit the same varying range of feelings and experiences to others. This is the force and influence behind his mold-breaking sound, which dips into a multitude of genres. It has allowed him to release tracks on a slew of well-respected labels including Spinnin’ Records, OWSLA, and Monstercat. After having established his name across the industry, Sander plans to soon debut his own label dubbed bitbird. With it, he hopes to not only promote fresh new music, but also provide his artists with creative freedom. They’ll be given total control of the process including choosing artwork, templates and anything else they see fit. Sander believes this hands-off approach will push artists to the best of their abilities and help generate unique and creative pieces of work.

His emphasis on creative liberties is the answer to what he believes is an issue in the industry. For Sander, a lot of the music in the scene today sounds muddled and lacks personality. He believes this is propagated due to people valuing money over the quality of their work, and larger labels capping artists’ freedom and creativity. By starting his own label, Sander hopes to lead the industry in a new direction, one which offers genre-melding sounds and creative freedom.

Sander’s emotionally driven productions break barriers between genres, and make it easy for fans to relate and connect. Its organic foundation stems from feelings we have all felt but have never been able to put into words. The combination of Sander’s technical skills and emotional flow has given him the ability to speak through music and touch others. He realized that many in the industry are not doing the same, and in order to see change, is taking the initiative by creating his own label. Always remember that if you want to see change in something, it’s up to you to be that change.