by Luc Hancock
in Events, Reviews

Dynamic duo Jack Ü is no stranger to working a crowd thanks to their wide selection of tracks and tactful transitions. Comprised of Diplo and Skrillex, each artist offers a unique vision and style, continually pushing the envelope, and bringing varied nuances to each of their shows.

The duo continued with more of the same, playing back-to-back shows at San Francisco’s Bill Graham Civic Auditorium. They kicked the night off with one their original tracks, “Take Ü There”, and quickly followed with “Jungle Bae” to kick the pace into high gear. Throughout the night, the twosome found a way to play a large catalogue of tracks including, “I Can’t Stop” by Flux Pavilion, “Prison Riot” by Flosstradamus, and Flume’s remix of “You & Me” by Disclosure. Of course, Diplo also snuck in his classics “Boh Oh Boy” and “Revolution”, adding to the mixed bag of tracks. Not only did they sample an array of electronic music, but they also piped in two Yeezy tunes, including “Power” and “Get Em High.” To close, the duo smoothly mixed Post Malone’s “White Iverson” into “Where Are Ü Now”, a transition that Skrillex has used in his past sets.

The stage took form as an old Macintosh computer, with the Jack Ü logo in the classic Apple rainbow colors. The three-dimensional stage added an intricate facet to the show and was surely an ode to nearby Silicon Valley. Skrillex manned the decks the majority of the time, piping in multiple dubstep tracks, as Diplo interacted with the crowd and acted as hype man. 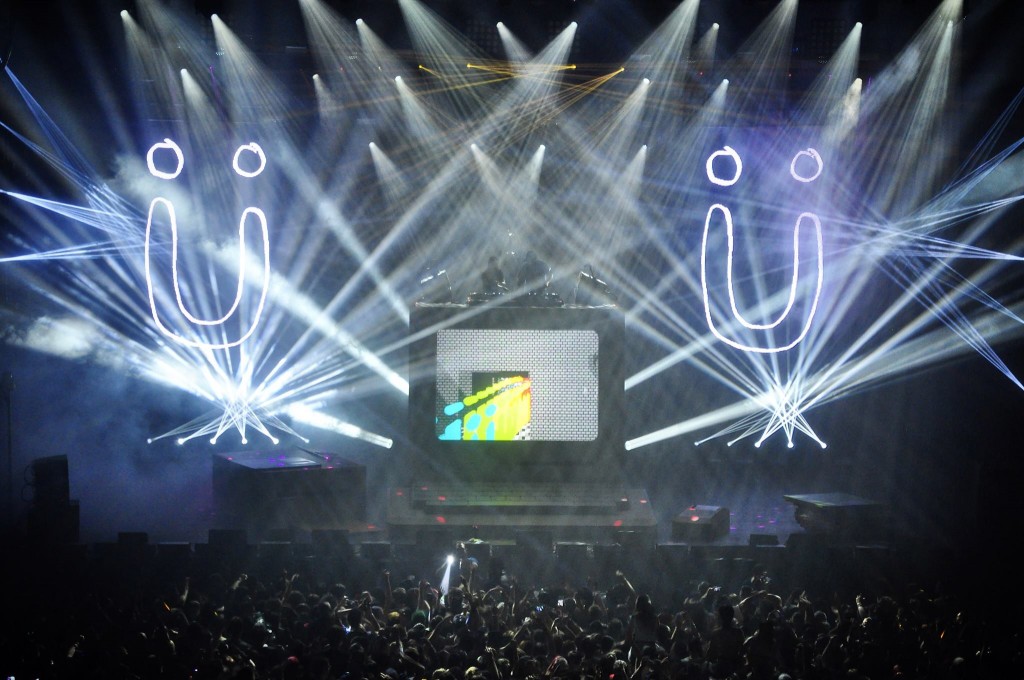 Why Millennials And EDM Get Along So Well