So far, this week has been characterized mainly by the uniting and reuniting of legendary dance music duos. Shortly before Porter Robinson and Madeon released a collaborative track and an associated co-headlining tour to follow, it was revealed during HARD Summer that the Skrillex and Boys Noize supergroup Dog Blood might be cooking up something new. Despite being thrilled about the prospect of new music from such iconic sources, I’ve been feeling somewhat left out of the excitement.

My roots linger in trap music, having been an avid listener of the genre since its Golden Era of 2012 and 2013. Artists like Baauer, Flosstradamus, RL Grime, Tropkillaz and the old days of DJ Snake were at their peak during this time, crafting hit after hit that still demolish festival audiences even today. This period is almost universally regarded today as the best time to be a trap listener.

But now that the landscape has changed and the typical trap sound has evolved and scattered into endless, new directions (no complaints from me, mind you), I often find myself wanting to experience the 2013 vibe again. Even though most of the producers listed above continue to churn out incredible and top-tier releases, it’s difficult to capture the same feeling that I had way back when. This is why it came as such a thrill when I saw one particular retweet earlier this week from a Twitter account that had been gathering dust for far too long.

TNGHT, the Hudson Mohawke and Lunice supergroup behind such timeless classics as “Higher Ground,” “Acrylics,” “Goooo” and “Bugg’n,” decided to comply with one fan’s desperate message to them on Wednesday. In Twitter user Gabriel Witham’s tweet, she asked the duo to give her some sort of sign as to their long-awaited reunion. “A LIKE, A RETWEET SOMETHING???” They quickly reposted the message to their account, coming as the closest confirmation we’ve received since their official hiatus in December of 2013. 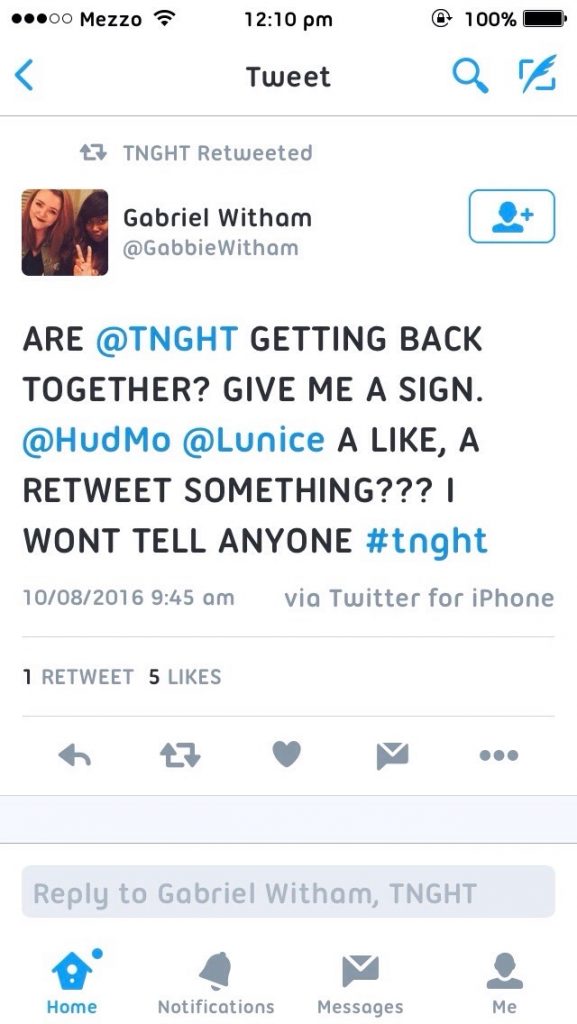 Naturally, the Internet quickly imploded with excitement. The chance to witness one of the most renowned trap groups in the genre’s history is something we’ve clamored for for three years, only receiving brief satisfaction when a DJ drops one of their classic tracks in a set. With a new flame of hope now in sight, we set off to find more potential evidence supporting the idea.

Northern Bass festival, New Zealand’s premiere end-of-year dance music party, dropped the first phase of its December lineup on August 4th. Next to headliners Chase & Status, Noisia and more are none other than Hudmo and Lunice. Even though the two have appeared on festival lineups together in the past, the prospect of a possible live reunion now appears more likely than ever. 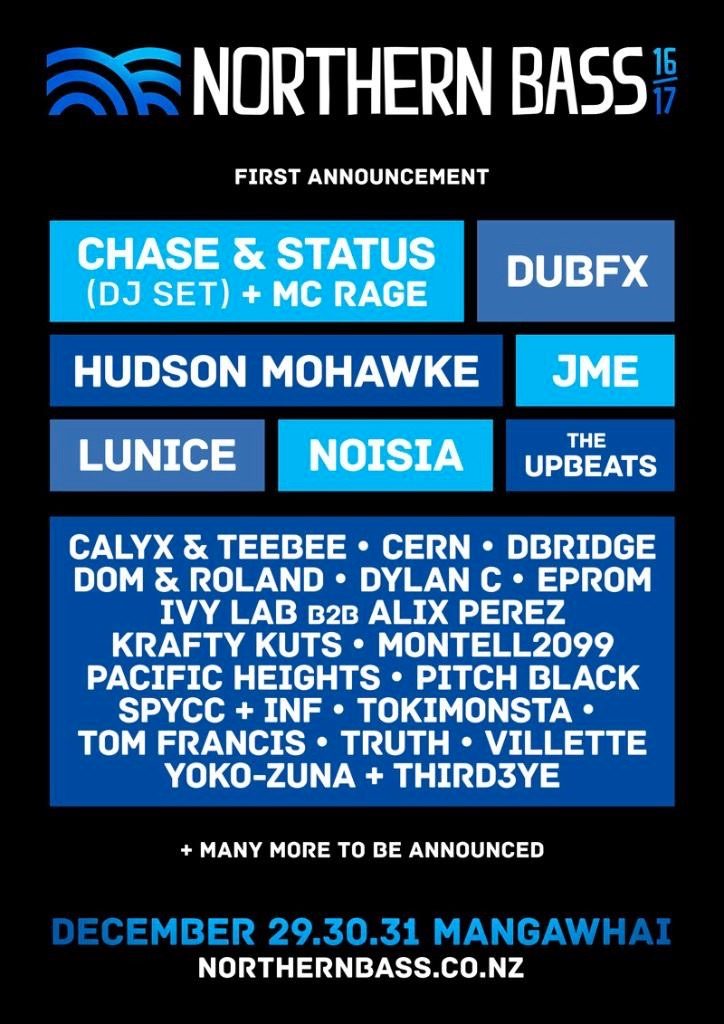 Finally, we have to remember the video uploaded by UK-based label LuckyMe Records back in September of last year. In the short clip, at least 11 brand new TNGHT songs can be seen in a mysterious iTunes playlist. With all of this information coming together, I believe the hype behind TNGHT’s return can finally be restored.

Listen to the short clip below, and check back here for further updates as they surface.