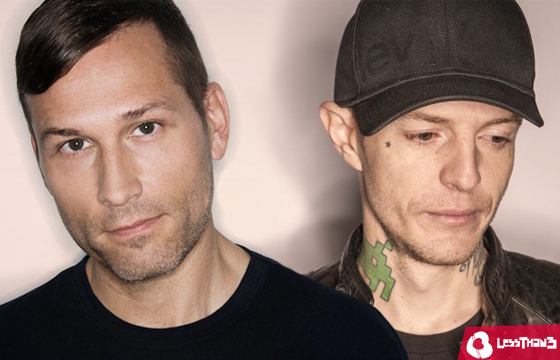 Kaskade & Deadmau5 Finally Release Their Collaboration “Beneath With Me”

Back in April of this year, Deadmau5 and Kaskade revealed that they would be following up their 2008 collaboration, “I Remember,” with a brand new track that features Skylar Grey. While Deadmau5’s original melody on the track was meant to be used elsewhere, a string of tweets during the initial announcement seemed to sort out the confusion. Ever since then, however, fans of the two dance music powerhouses have been waiting for any update on the new collab, “Beneath With Me.”

i dont know what it is. but… yeah… uh, i ended up using my melody on something else. … now its a track? https://t.co/p1pS8Ypm9x

Finally, our prayers have been answered. The track appeared on Soundcloud and Kaskade’s Facebook late last night as four minutes of bliss and beautiful synths. Skylar Grey is incredible in the song, his vocals softly striking the delicate piano notes in the build. The drop is just another example of how powerful the combination of Kaskade and Deadmau5 can be. Check out the video below, as well as stream it via Soundcloud.

Kaskade took to Twitter on Thursday to reveal that the song would be officially released today. A short video clip was uploaded alongside the announcement, giving fans a short glimpse of what the setting and vibe of the song would entail.

Tomorrow.
Kaskade X @deadmau5 feat. @SkylarGrey "Beneath With Me" pic.twitter.com/7ojyHpwrDh

Judging from a response given to one Twitter user, Deadmau5 was just as surprised by this news as we were. He was not told that the track would be releasing today, but his sentiment seems light and humorous all the same.

@deadmau5 did @kaskade notify you about "Beneath me" coming out tomorrow ?