Hip-Hop and EDM met at a perfect crossroads at this year’s edition of Fool’s Gold Day Off in Los Angeles. Nestled in the parking lot next to the Shrine Auditorium across the street from University of Southern California, a wide array of fans braved the scorching temperatures in the afternoon to enjoy the unique blend of electro and hip-hop that only A-Trak and friends can bring. With more hip-hop than ever, this year’s edition of Fool’s Gold Day Off had a laidback streetwise vibe like no other.

Although it was the first weekend of fall, the temperatures were still well into the 90s on this Sunday afternoon in Los Angeles. While there were some spray-fans along the west end of the stage, shade and comfort were hard to come by. Last year, fans were allowed to walk into the Shrine into what was the bar area – that was sorely missed this year. Otherwise, there were ample bars and as always an immaculate assortment of food trucks.

Due to the temperatures, I didn’t arrive until around 4pm, right about when Oshi was taking the stage. I was kind of expecting some more melodic and downtempo stuff from the UK native, but he delivered a pounding set that included tons of hip hop standards. I couldn’t think of a better way to get the day going than with what Oshi provided. MadeinTYO came up next, and he just rocked the crowd with his blend of futuristic and southern rap sounds. Fans were swaying to the beats of his viral hit “Uber Everywhere” and his new hard hitting collab with 2 Chainz “I Want.”

Next up was the absolute highlight of the night. A-Trak is always billed with “friends” for any Fool’s Gold Show, this time A-Trak and his friends delivered big time. The special guest was non-other than A$AP Rocky. A-Trak dropped a set that was heavy on early 2000’s sounding trap noises. Along with A$AP Rocky coming out for a few songs it was one of the best sets I’ve ever seen A-Trak throw down. Not heavy on his own music, but playing perfectly to the FG Day Off crowd.
The Cool Kids came on after that with their unique blend of alt-hip-hop. It was fun, but, man, it was difficult for anyone to follow A-Trak and A$AP Rocky. The crowd definitely seemed to dissipate after that. The crowd grew a little stronger when Pusha T took the stage. I appreciated his more hard-edged raps. A highlight for me is when he did his verse from his collab with Future and Pharrell, “Move that Dope.” Mac Miller closed out the night, I like the energy and presence he brought to the stage, but I’m just not all that familiar with his tunes. I enjoyed a bit of his set before heading out for the night, at which point many others were starting to filter out as well. 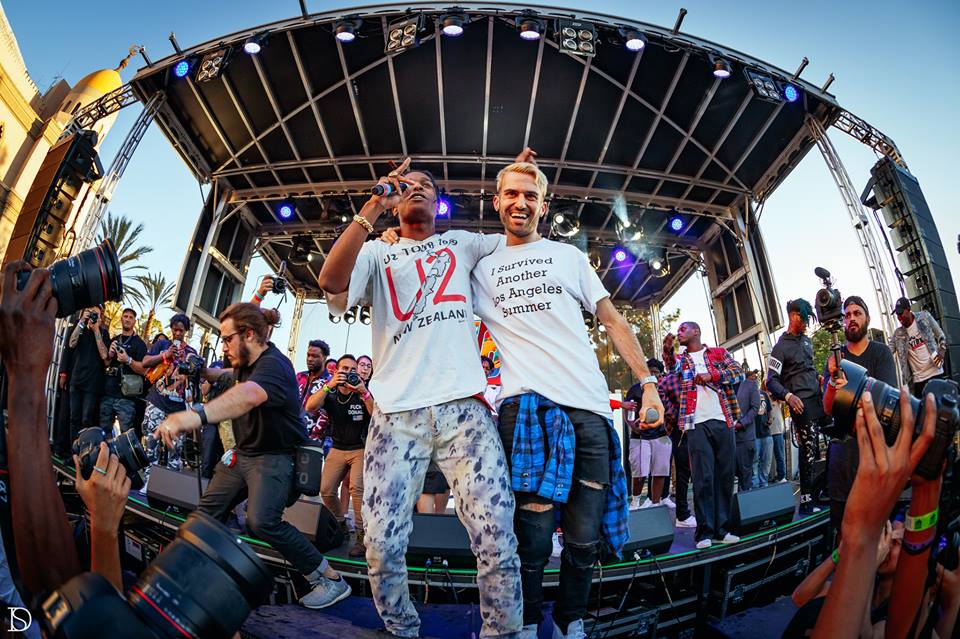 Fool’s Gold Day Off L.A. was a grand time, as always. The crowd is unique, especially in the EDM world, A-Trak revels in throwing his yearly party and showcasing outside-of-the-box artists. Food options were solid and bars were ample. It just would have been nice to have some shade. But anyone who is a fan of EDM and hip-hop should check out a Day Off.