The relationship between dance music and video games is growing stronger all the time. With artists like Deadmau5, Steve Aoki, Darude, Skrillex, Zedd and many more having become explicitly involved with companies like Twitch and Blizzard, the blending of the two industries has never felt more natural or exciting.

Most recently, a very special series of references to several dance music titans was made in World of Warcraft‘s Legion expansion, released on August 30. The shout outs can be found within the descriptions of some of the new legendary items. (Basically, uniquely strong and specialized pieces of armor that can be obtained via random and very rare drops from enemies, chests, etc..)

The first artist named in two pieces of gear is none other than Porter Robinson, one of game production company Blizzard’s favorite EDM contributors. Having already been featured on their other popular title Diablo III alongside Deadmau5, Porter’s newest inclusion comes as the most interesting one so far.

The legendary chest piece, Ekowraith, Creator of Worlds, is a direct nod to Porter’s first production moniker before he changed his name. Back in the late 2000s, Porter created a highly energized strain of beats called Hands Up, influenced heavily by video games like Dance Dance Revolution. In addition to the “Creator of Worlds” sub title, the iconic lyrics from “Fellow Feeling” can be found further down. 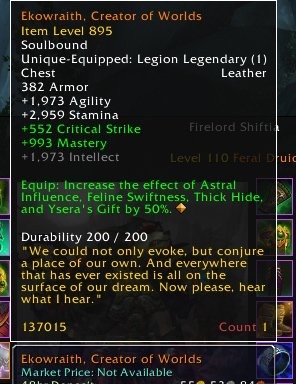 Another Legendary item, Unison Spaulders, is a reference to Porter’s 2011 track, “Unison,” and includes its own set of lyrics as well. 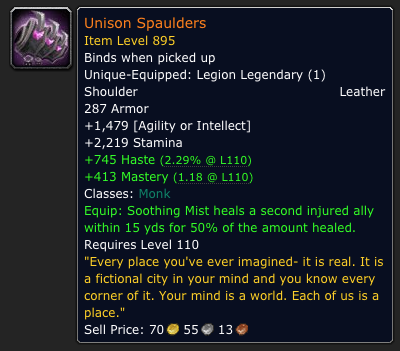 Electronic music legend Eric Prydz also received a shout out in the newest WoW expansion in the form of a legendary neck piece called Prydaz, Xavaric’s Magnum Opus. Recognized for its unique sound effect and telling description, the item is most likely a reference to Prydz’ latest album “Opus.” 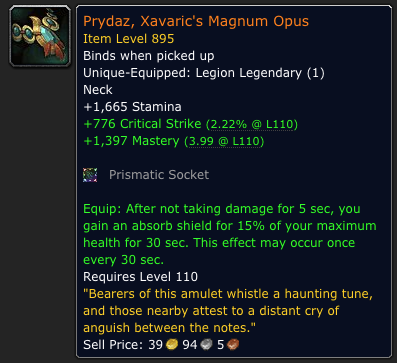 Listen below to a relevant track from each of the artists in question.