Having just finished up a sold-out North American tour earlier this Fall, London-based artist Troyboi has just announced Phase 2 of this wildly successful tour. Spanning nearly three weeks across all new cities, the new leg of the tour will start on the East Coast at the end of February 2017, and end in Boulder, CO. 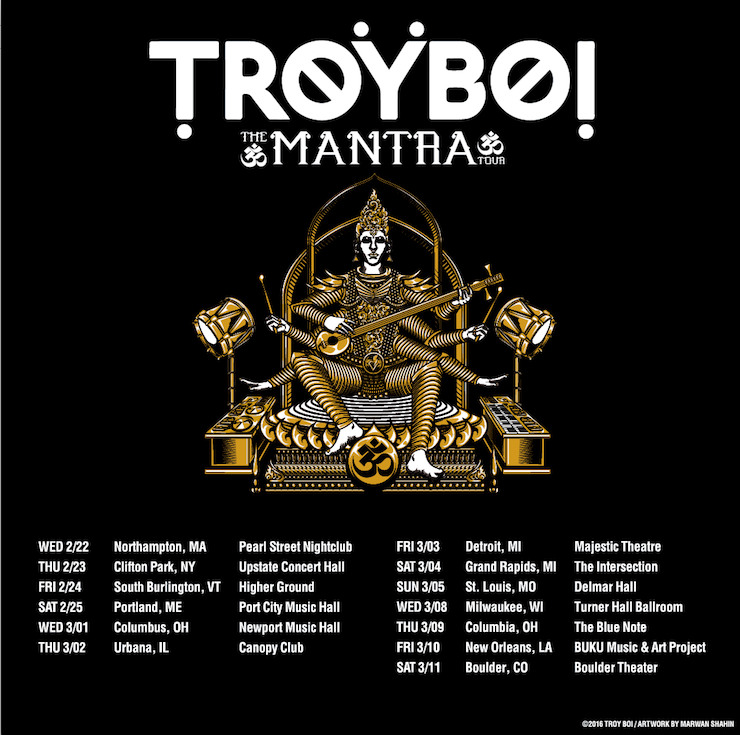 While Phase 1 hit a good number of the major cities across the US, Phase 2 is going to stop by cities in close proximity to the big areas so if you missed out on the first half of the tour you may be in luck if you act fast. You can check out a full list of cities and purchase tickets on the tour’s site, which can be found HERE.