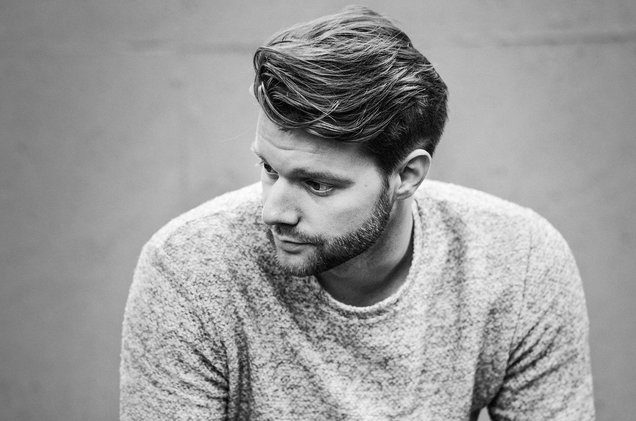 It’s safe to say that 2016 was the year of Yotto and we were all just along for the ride. After putting together a masterful trilogy EP inspired by Twin Peaks, and performing on the grand stage of ABGT 200 at Amsterdam’s Ziggo Dome, it was only fitting for the Helsinki DJ to end the year with a bang. Headlining the Anjunadeep North America tour, Yotto was joined by friends Jody Wisternoff, Luttrell, and Theo Kottis among others, playing at dance music hubs spanning the continent. The talent-laden roster enthralled fans with deep melodic house, consistently playing in front of a packed house.

High up in the rafters of San Francisco’s 1015 Folsom, we caught up with the man himself, Otto Yliperttula, to ask him about plans after his plans after the tour, the creation of his unique sound, a possible collaboration with Jeremy Olander, and more.

You can check out Yotto’s unfiltered answers below.

What’re your plans after the tour?

I’ll lock myself in the studio in the beginning of the year, and I’ll see what comes out of it, hopefully something people will like. I was thinking about doing more extended EPs or maybe start heading towards an album but it’s still too early to tell. I can’t say if it’s going to happen.

Walk me through a day in the life of Yotto.

Right now that would be just staring at a house that’s being constructed. I’ve been homeless for the last couple of months, but I’m getting a new house. Usually I just spend time playing sports.

I read you grew up playing classical music. Have you ever thought of playing a live instrument during your set?

Those things tend to always get a bit exaggerated. Yes, I did have a very musical family and I was trained in piano, but not for that long. I am nowhere good enough to incorporate live instruments my sets.

Is there a lot of collaboration within the Anjuna Label?

We send around nearly finished tracks to each other, but it’s nothing too critical usually. We just say, “Yeah this is really good”. Everybody has really great ears and seems to be on the same page about the music they like.

Do you have any unreleased tracks?

Yeah, I have a bunch that I’ve played live but then I get super annoyed when people ask what it is because I don’t have a name for it yet.

Do you have a mentor on the label?

Not really, but I would say Jody just because he’s been around for decades so it’s always nice to pick his brain.

You have a high standard to live up to since you started so strong.

Yeah, that sucks man. The positive about having a few successful releases is that you end up chasing the next one, and I don’t want to be a failure in my own eyes.

You are well known for your remixes. How does the process of creating a remix differ from creating tracks for your own EPs and albums?

Oh yea for sure. Remixes always, I do remixes that I would never play the original of them, even though they might be really clubby tracks or the Coldplay one which has a nice hook so I could get something out of it. It’s a totally different process because then you have your starting points and you find parts of the tracks that you really like and you try to put your own stamp on that.

The “Yotto sound” is instantly recognizable, what is it?

That was one of those happy accidents basically. I always kind of recreate it, and I’ve learned to how do it so it always sounds pretty much the same. The first time I did that was on a moog and then put a French horn underneath and I use natural attack, there’s just a bunch of ways to do that. I really like having that sound but I’m sort of growing tired of it, so I need to find something else.

What has been the biggest challenge in your journey as a producer and DJ so far?

Trying to stay consistent, and I would love every single track to be totally different. Also there’s seems to be a same sound and I would like every single track to be totally different from each other, but I know people enjoy the sound that I play and I get good feedback on it. There’s has to be a balance of freedom for me and giving the people what they want.

With the success you’ve had and the sound you’ve created, do you ever feel limited by the sound people know and are familiar with? If you stray too far away from the sound you’ll lose your fans.

Not necessarily, I haven’t worried about that. I want to believe that whatever I make, it’ll sound like me anyway. I enjoy those sounds myself.

What’s the feeling to premiering a song to a live crowd?

My last one, Fire Walk. I had never played it before. I wrote it like a year ago and I’ve always had it lying around. And then the morning of the ABGT 200 show, I was just missing something, so I went back to the project and it sounded really good. So I changed it a little bit. I’ve been playing it at a lot of festival stages this year. It’s been a really good response so far. It’s always very nerve-wracking when you play something for the first time. And you have no idea what to expect.

How do you approach a set?

I don’t like planning ahead. I’ve done a few sets that had been recorded and I had to notify the people what I’m playing, that’s super annoying. I know I’m going to play a couple songs, but the rest is whatever I feel in the moment.

How is the dance music scene in Europe versus the United States?

It’s super different in some ways. In Europe it’s always very steady because the crowd it a bit older and more defined. It’s also kind of stale in some places, because it’s been like that forever and it hasn’t changed that much. I’m really excited for America, there’s been a huge attention that dance music has gotten recently, and the last couple years have been very beneficial for all types of electronic music. It’s not just mainstream stuff; it’s also underground and everything in between.

Do you know that Jeremy Olander is playing at a club here tonight?

Yeah, we just had dinner! We’ve been sending a lot of demos back and forth. There is nothing we are working on together now, but yes, it’s something we’ve ben talking about. Yeah, I’ve known him for years. He played at Helsinki a couple times and I met him there.

Oh, for sure. All the doors are open so that’s definitely something I would like to explore. I still would like to build a bigger brand around myself. I’d like to create events, a record label with talent that I like, that kind of stuff.