Deadmau5 Tweeted That He Hates The Music Industry

Here’s just another thing that you can add to the list of ‘things that Deadmau5 has publicly tweeted about disliking’: the music industry. That list currently consists of The Chainsmokers, Dimitri Vegas & Like Mike, Pasquale Rotella, EDC Las Vegas, Steve Aoki, Marshmello, and much more but it looks like instead of focusing on one particular DJ, or issue, he focused (briefly) on the entire ecosystem.

tbh, i think i just really hate the music industry… at least my corner of it. 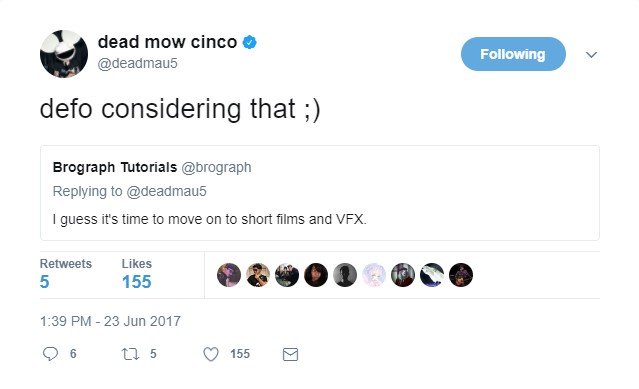 If you’re looking for more juicy drama you probably won’t find it here. Deadmau5 didn’t really go in-depth as he usually does, seemingly holding back, somewhat surprisingly, from why he hated the music industry so much. Plus, there’s the fact that he didn’t call anybody in particular out which meant a lack of angry replies from any target.

Finally, Deadmau5 also jokingly mentioned that perhaps he’d consider leaving the music industry entirely for ‘short films and VFX.’ Whether or not that’s true, Deadmau5 is certainly a creative genius and we have no doubts that no matter what form he’ll try to manifest his creativity he’ll still be able to blow us all away.