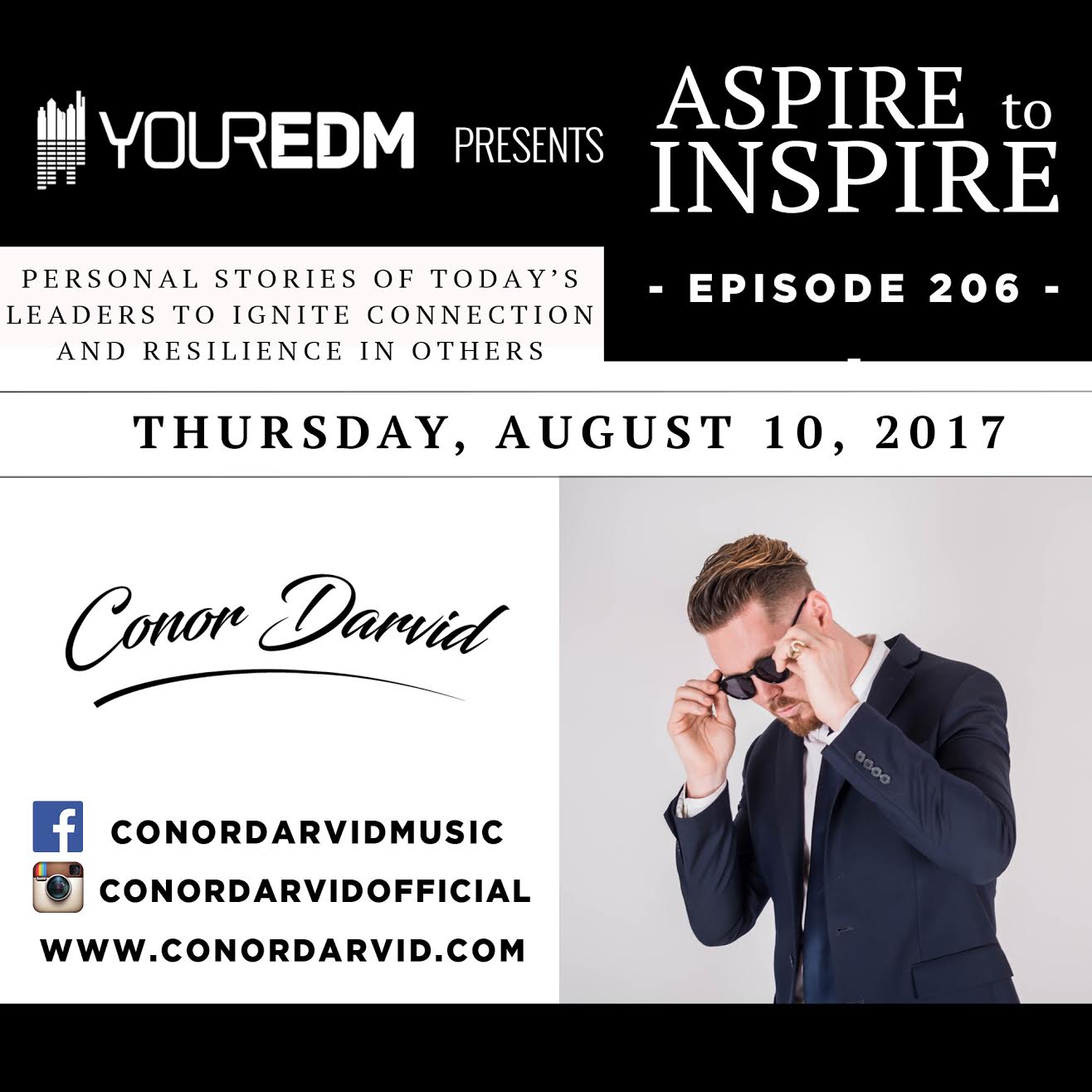 They say if you do what you love, you never really work a day in your life. There is a lot to be said about creative minds and how people are able to use their passions to build an entire sustainable lifestyle for themselves. Getting there takes a lot of careful decisions and most of all courage. Courage, in the sense that many are afraid to chase what they are passionate about because it usually isn’t the easiest or most convenient path. Fear of failure and having to start from square one can keep some of the most artistic people from embarking on their journey.

For some, passions begin as a hobby that eventually grow into something big enough where they choose to take it on as a career. The same can be said for Conor Darvid, who, after making music as a hobby, made the decision to take things more seriously. He had always dreamed of one day becoming a star, but only recently realized that viewing his own craft as a business would take him farther than he had once imagined.

“I have been making music for a while and putting it out on the internet. But, I was younger and treated this as a hobby. It wasn’t until last year when I realized this is a business just like any other one and if I want to become successful, I have to invest in myself and take it a little more seriously. This is one way to get my music heard by more people and once I saw the masses of people who loved what they heard, it moved me and made me think, ‘Wow, I can really do this.’”

Although doing so is not necessarily an easy adjustment. Finding your footing in music, just like many other massive industries, can be an intimidating process. For Conor, the beginning of his career was nerve-wracking. Rumors can easily get the best of a budding artist, but Conor was strong-minded and motivated enough to see beyond them and find the right people to work with.

“You constantly hear about the “snakes” and shady people and it’s hard to get through the thick of it all. That in and of itself is a huge obstacle to get past. I would say I had to overcome my fears of failure and just try and trust the process.  I’m very lucky to have my managers Steve Calogero, Jr. and Karl Lawrence. They’ve built a team of people to help guide and support me and the work that they invest daily into my successes is incredible.”

However, Conor’s determination in life is not only derived from music. Our personal relationships can have a more lasting effect on us than we may first expect, and often find themselves deeply rooted in all aspects of life.

“About two years ago, before I really got inspired to go harder and push my music, I was a father. I was in a relationship where the girl I was with had a child who was one month old when we first got together and I raised that little boy as if he were my actual son until he was 2-and-a-half. No, he wasn’t my biological son, but it gave me such a feeling of purpose and made me want to be a better person for him. Sadly, she and I did not get along, so there was no way around it. That ended, and I thought I would be able to see him more often, but that was not the case. It was probably the saddest time in my life because it was a different kind of love I had for that baby boy, way different than you could ever have for a spouse or a girlfriend. I think about him pretty much every day. I even have a song called, “My Inspiration” that I wrote about him the day they left. My hopes are that one day when he’s old enough to understand, he can hear it and realize how much I really cared.”

Since this experience, Conor has found a way to draw inspiration from countless sources. Even now when he receives messages and feedback from fans all around the world, it’s an incredibly touching moment for him. It can be difficult to pinpoint a particular inspiration or person that keeps him pushing forward when they are all equally as special to him.

As for making the music industry a more positive place that could potentially provide the same positive experience like his own, Conor Darvid has a bit of advice that we could all pay more attention to.

“Stop making stupid people famous. Do things more independently because nowadays we have the same tools to use as the major labels. Yeah, you might have to work a little harder, but the pay-off is greater.”

Conor has aspirations beyond the music industry as well. In efforts to make the world a better place, he hopes to one day give back to those who need it most. Music and art does so much for people all over the globe, but there are other ways to help bring us all together as well.

“A ton of change I would love to see in the world…it’s hard to begin at one place, but hopefully in my lifetime I’d love to see global warming change for the better, and help our veterans get better assistance for the sacrifices they’ve made for our nation. I also hope to become successful enough to open a charity that can help fostered and orphaned youth. There’s a lot of kids in this country with little-to-no resources and they need a lot of help.”