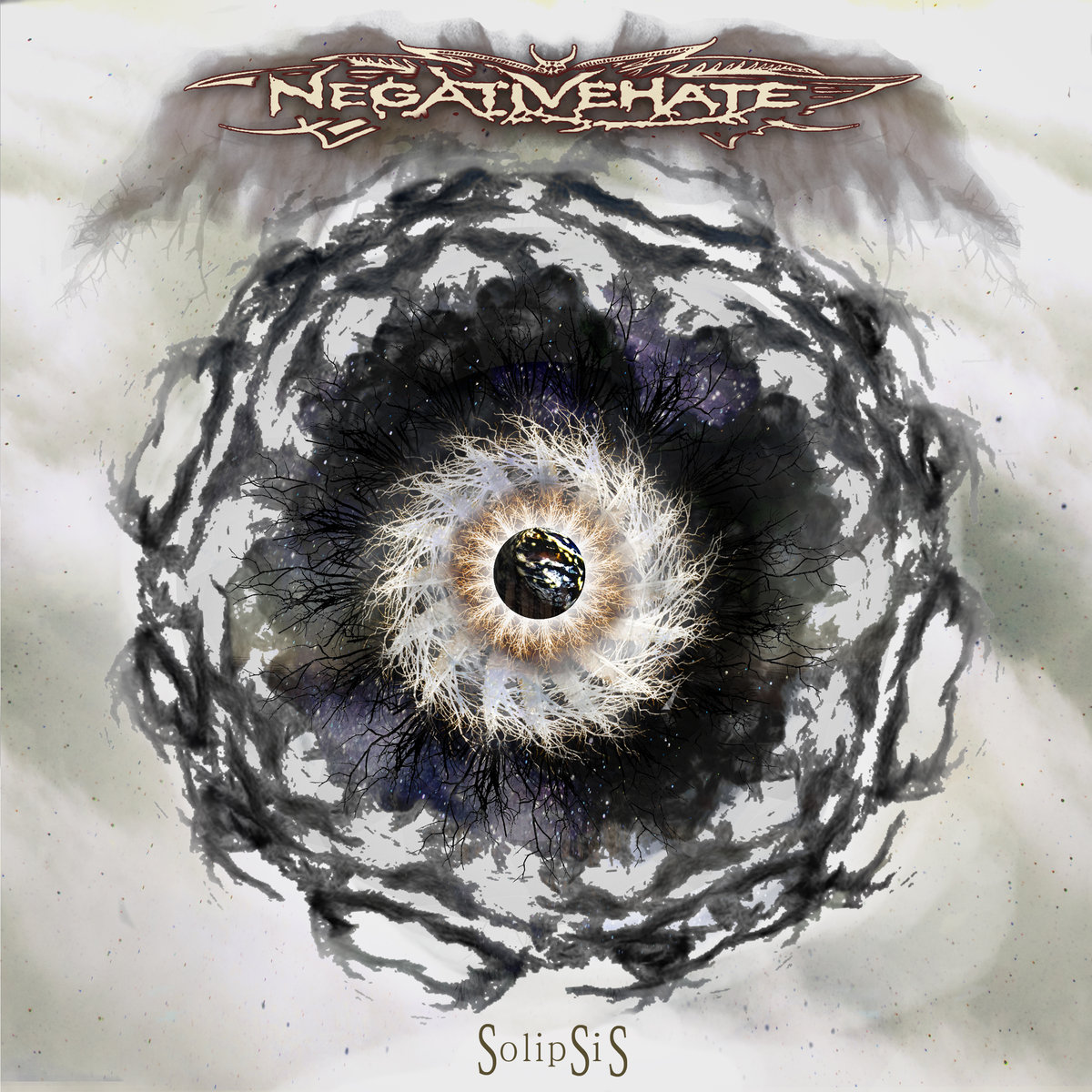 On first glance, audiences will think it must be a joke that a few of the songs on Negativehate’s Soundcloud are tagged as “doom metal.” Almost nothing could be further style-wise from what this New York group’s sound is on their most recent EP, Solipsis actually is. Based on their Bandcamp, however, Negativehate were indeed doom metal or thrash metal at one point, or more specifically through most of their tenure as a band. They’ve actually been around for quite a long time, having put out eight releases since 1998, and most of them have been of the metal persuasion.

In 2012 after what looks like a lengthy break between their sixth album Annabelle the Cannibal and their seventh, In Cosmic Winter, a definitive shift took place. In Cosmic Winter was still quite metal-driven guitar-wise, but a softer and more ambient edge started to show through in both vocals and song composition. The band flirted with prog rock and experimental rock with the guitars and again with the composition. Flashing forward to the release of Solipsis, the metal edge is almost completely gone and the more ambient elements are definitely front and center.

The most electronic-driven track on Solipsis is “Beyond Aurora,” an almost ten-minute track which meanders between ambient experimental electronica and prog rock a’la Ratatat, although there are just a few lyrics. By the end of the track it’s almost fully electronic, with the synths building the melody just a little bit of ambient guitars worked in.

Solipsis is a drastic change from Negativehate’s previous albums, but it seems they’re embracing and playing with modern electronic techniques to create something new for their audiences. Chances are they’ll gain a new fanbase in electronica as well if they keep moving in this direction.

Solipsis is out now and available to stream or purchase on Bandcamp.