EDC Las Vegas may be the go-to Las Vegas music festival, but a recent festival is giving it a run for its money. Life is Beautiful Music & Arts Festival, also co-promoted by Insomniac Events, began in 2013 and has since become a staple. LIB (not to be confused with Lightning in a Bottle) is known for having a diverse and powerful lineup, and this year might have its biggest, most diverse lineup yet.

LIB’s 2018 lineup starts off with a bang. Its headliners include The Weeknd, Arcade Fire, Florence + the Machine and Travis Scott. Other big names on the lineup are DJ Snake, ODESZA, Tyler, the Creator and Justice, to name a few.

Life Is Beautiful takes place in downtown Las Vegas on September 21-23. Tickets go on sale on Thursday, April 26, at 10 a.m. PT on the LIB website. Check out the full lineup below: 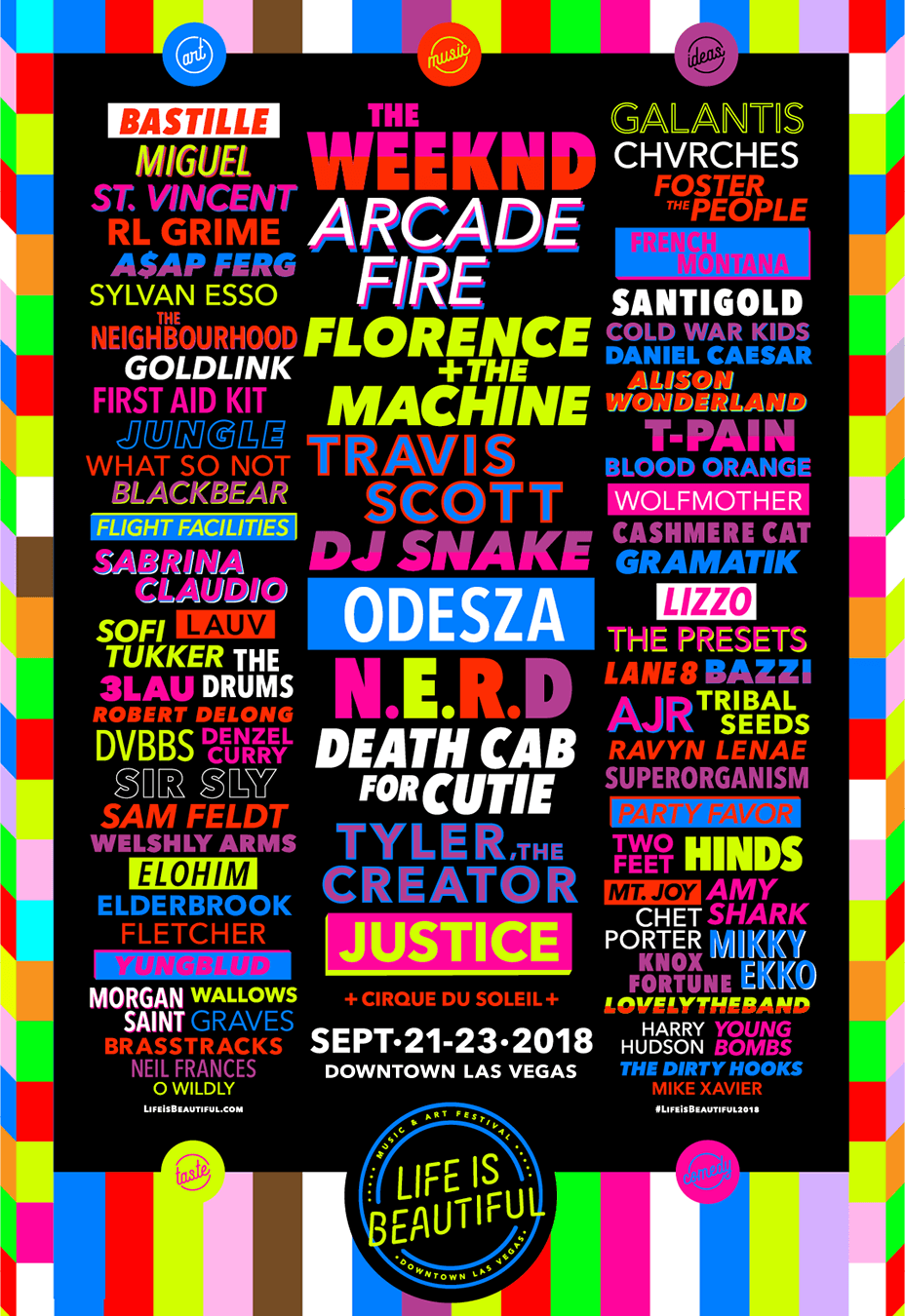 Snapchat Introduces Its Next Wave of Spectacles For Summer