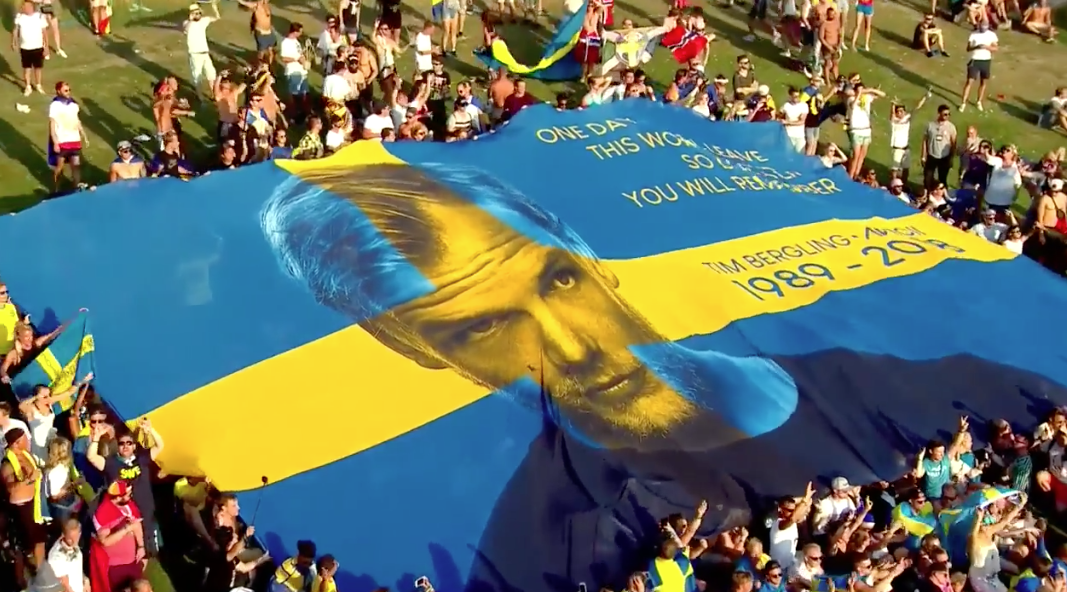 Tomorrowland 2018 has been full of incredible moments so far. All the real action is usually happening on stage, but for this one you’ll have to direct your attention to the audience for a very special and spontaneous memorial.

During Nicky Romero‘s set yesterday, a group of Swedes raised a massive flag in honor of the late and greatly missed Avicii. Although he hasn’t been physically present at the top music festivals this summer, fans and DJs alike have paid tribute at seemingly every opportunity.

Nicky Romero wasn’t the only one paying tribute to the legend, however. Dimitri Vegas & Like Mike, Hardwell, Don Diablo, and Axwell Λ Ingrosso all paid tributes of their own, and there are probably even more than we’ve missed. See below.

This is for you @Avicii, forever in our hearts! 🙏🏽❤️#TOMORROWLAND pic.twitter.com/dFErcN9rPv