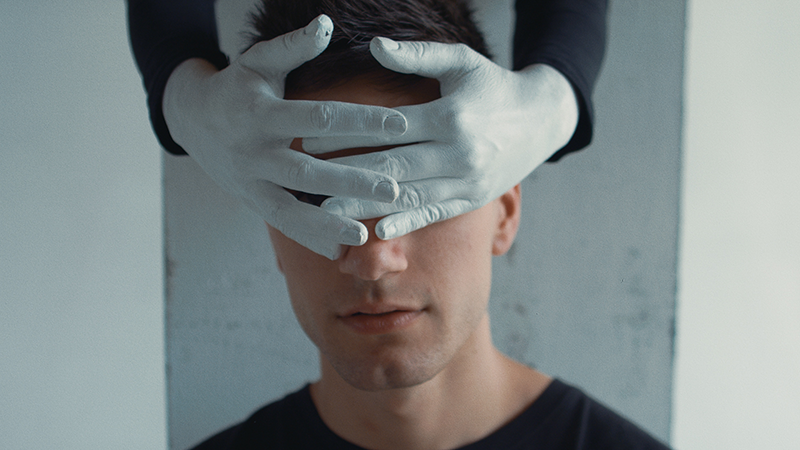 OddKidOut is making waves with his newly debuted Solstice EP on OWSLA — and it’s about time you heard what all the hype is about.

The destined-to-be-producer grew up in the suburbs of Philadelphia, making music from a very young age. By 11, he was already enlisted in School of Rock. At only 13, he began touring locally as a drummer in a band. It wasn’t long before his passion for music snowballed into an art form, which eventually caught the attention of none other than Skrillex.

When OddKidOut set out make an OWSLA-oriented sample pack, what he ended up with was so much more. Over the course of a few months, he produced a full EP driven by flavors of the label’s diverse discography, including Skrillex & Poo Bear‘s “Would You Ever,” Skrillex & Team EZY‘s “Pretty Bye Bye,” Yogi‘s “Money On My Mind” with Juicy J, and Tennyson‘s “Cry Bird” and “your face tastes like my happy place.”

As these selects from OWSLA’s stunning collection are sampled and reimagined track-by-track, OddKidOut finds his stride with moody, atmospheric, relatable, and familiar sounds. But, most of all, as you’ll hear, his release is incredibly and undeniably unique.

So, how did he go from Philly-based beatmaker to LA’s freshest breakout talent? We’ll let him fill you in…

How did you first link up with Skrillex and OWSLA?

So, yeah, I was working in LA in 2016 with Red Light Management. I was interning there for school and one of the assistants followed me on Instagram — and was like, “Hey, Skrillex follows you.” I was like, “What?” I didn’t know. When I went back and realized he did, I sent him a message. He responded a day later and was saying nice things about me. We stayed in contact and he’d invite me to random sessions, but he was living in LA so I never got to meet him.

Then, this past summer in New York I was living in Brooklyn for a little bit — he had a show somewhere in Manhattan and he invited me. I met him there. A month later, I went to LA for a show. Instead of going home, he was like, “Stay here.” And, I ended up living there for about seven months with him and OWSLA.

What do you think was on your Insta that caught his attention?

How did you formulate the idea for this multilayered EP?

When I was there — maybe three or four days into my staying in the house he put me up at — he was like, “Yo, you should try to chop up some of the tracks from the OWSLA discography.” Because, we didn’t have to worry about reaching out to other people to clear it, since it’s all in-house. It kinda started as, “Hey, can you make cool samples? But use our shit.”

I ended up taking it upon myself to do more than just making a sample pack. I started making them into tracks without really telling anyone. After a month or two I had a couple tracks ready and I started sending them to him. One of them he really liked. Then, eventually, five months later I had four tracks. I went in studio with [Skrillex] and he was like, “Yo, let’s release it.”

So, with the entire OWSLA catalog, you have a lot to choose from…

What drew you to those four tracks and accompanying samples?

It was crazy because I’m used to sampling vinyls, like funk records. This was EDM. Electronic music. I had really never sampled any of that before. The first couple of tracks I made were just god-awful. I wasn’t finding my balance with it. Then, I stumbled across Tennyson and some of their discography. They have a lot of soulful, not super EDM-y driven tracks that helped me figure out how to combine what I’d assume OWSLA is. Once I broke through that layer with Tennyson it kind of opened up everything else. I felt myself learning and getting more creative. The project, you can feel and hear the process of me changing my style and learning how to do new things with every track.

How involved were you with the music videos?

I was well involved. I’d never directed or even had — this is my first real label-oriented project that I’ve ever released, so it was definitely a learning experience for me. With the music videos, I wanted to portray them as stories fitting within the budget and also the overall aesthetic of matching my brand with OWSLA’s brand. I think we found a good medium where it was happy and beneficial. We spent four days shooting all four videos so every day was a jam packed day. It was really cool. They were super fun shoots!

When I watched the music videos through, I felt a lot of friendship and human connection, not only with others, but with your inner-self…

Is there an overall message with this collection?

I think you hit it right on the money. I’m not sure this is their slogan, but I know OWSLA always says, “Good people, good times.” I’ve always lived my life the same way, keeping good people around me and having as much fun as possible. I think the whole OddKidOut brand says a similar thing. It’s like, be confident in yourself. Be weird, because that’s cool. And don’t worry about what is cool, just do you. Those two things go hand in hand when you put them next to each other. I felt that with the videos and the songs.

There are some hidden meanings behind each of the tracks. For example, “Six Years” is called “Six Years,” because when I moved out to LA that was pretty much was the marking end of a six-year relationship I had with this girl. I don’t think the public would know that, unless I say it. Every track has a meaning on the outside that most people would get, but for me each track represents something about my journey in LA and how my life changed.

“Six Years,” ending that relationship. “Getaway,” which was getting away from what I knew and what was comfortable. Now I’m starting to meet new people and do new things and now I’m in this LA bubble. “Napa Street” is like ok I’ve been in LA for three or four months. Now, I’m at home. “Napa Street” is the street of one of my houses that I have in the city [Philadelphia]. I actually made the track in that house with the artist featured on it. So, that was me bringing Philly back into my environment here in LA, because it’s a pretty different vibe. “MIND/$” [Mind Over Money] is kind of like, cool — I’m feeling really established in both cities. I feel like a combo of these two now. I’m progressing my career, but I can’t forget the art in my soul and my mind are more important than money or fame or stuff like that. Philly is kind of like real shit and LA is industry shit. Both are super important, but you got to be able to tell the difference between the two.

Do you have any pets?

I have two dogs. One is a Vizsla and the other is a Havanese I think. So, a big brown dog and a small white dog. The Vizsla is Bacon and the small one is Violet, but I always hated that name. My mom chose it. I just started calling her Puppy and she’s 12 years old now and everyone still calls her Puppy. Bacon and Puppy! [laughs]

What are your earliest memories of music?

Earliest music memories are like 6, 7, 8 years old. I started playing in classic rock and metal bands. I had a PlayStation One I think or a PS2 and I had Tony Hawk’s Underground. I heard this track, “Low Class Conspiracy” by Quasimoto. That was Madlib’s alter-ego, so super hip hop shit. But, I remember I went in and changed the soundtrack to only play hip hop tracks.

When I was probably just starting high school, I actually heard Skrillex’s remix of “Cinema.” Which, I remember my mom would drive me everywhere and when she’d get out of the car I’d stay in and play it as loud as possible. I was always listening to different types of music, but I think in particular as crazy as it seems, Skrillex is what got me into electronic music. To be so closely associated with him now is a dream.

What do you hope people can get out of your Solstice EP?

1. 6 Years
(Samples: Tennyson – your face tastes like my happy place)