MDL Beast, the largest music, arts and culture festival Saudi Arabia has ever hosted, with over 400,000 people in attendance, was awarded a Guinness World Record certificate for the world’s tallest temporary stage.

H.E. Turki Abdulmohsen Al-AlSheikh, Chairman of the General Entertainment Authority, said at the time, “What thousands of people have witnessed here over the past three days is the first of what we hope will be many cultural, artistic, and entertainment experiences brought in great scale and color to this wonderful country that is rich with legacy, culture, and capabilities, as we open ourselves up further to the world and invite others to come in and experience what Saudi Arabia has to offer. We are so proud to have attracted the best local and international talent to Riyadh, the heart of the Kingdom, and we can’t wait to tell you about what’s next for the country, and MDL Beast… watch this space.”

On the Big Beast stage, crowds of 45,000 plus enjoyed sets from an unprecedented lineup of international superstars from around the world including Martin Garrix, Tiësto, David Guetta, J Balvin, Afrojack, Monsta X, R3hab, Salvatore Ganacci, Steve Aoki and Sebastian Ingrosso.

Though MDL was a success in some ways, it was far more concerning in others. Dozens of influencers invited out to promote the festival received backlash for supporting a government that murdered journalist Jamal Kashoggi in 2018, as well as human rights crimes against women and the LGBTQ community. In addition, 24 individuals were arrested in relation to sexual harassment incidents that went down at the festival.

Dutch-Moroccan DJ, R3hab, said of the event: “What I like about this festival is that it’s very different – it’s a complete fusion, some Arab artists and a lot of international DJs and it all works really well. I think that’s very special and I’ve never seen that before.”

You can see the announcement of the Guinness record on the festival’s own main stage below. 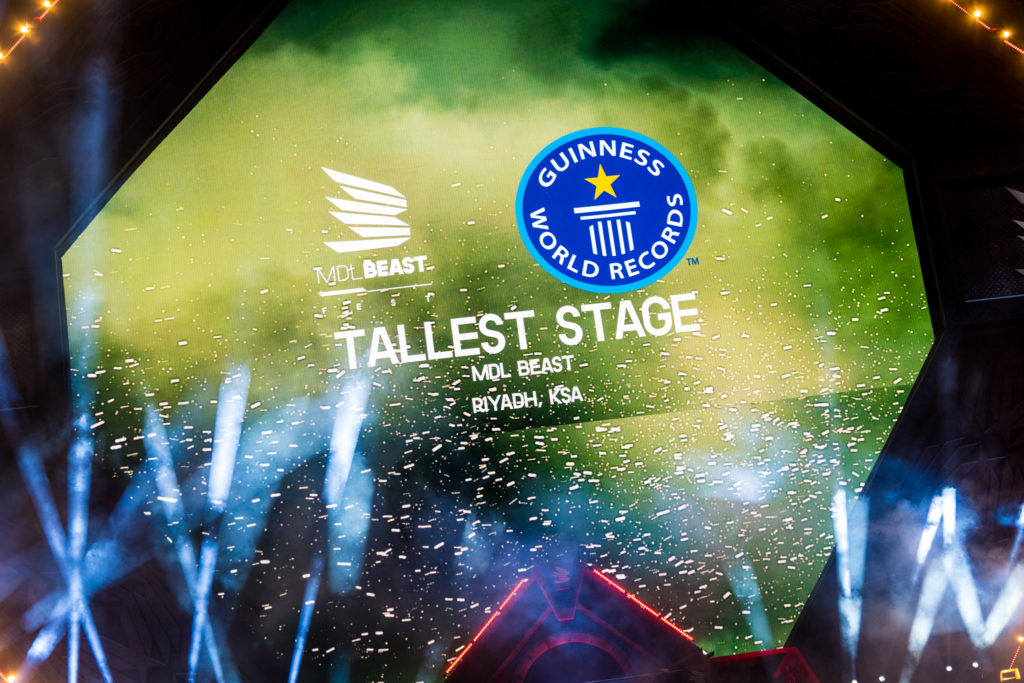