It might be the beginning of a new decade, but in many ways, we’re still looking back to the past. This year marks the ten-year anniversary of The Glitch Mob’s monumental album Drink The Sea that made them household name. In celebration of the milestone, the group is embarking on a new 36-date North American tour.

An innovative, sonic masterpiece from beginning to end, Drink The Sea played a monumental role in molding the LA beat scene, as well as the ears of electronic music aficionados across the globe. Emerging out of a budding, sample-heavy musical landscape, Drink The Sea was a breath of fresh air, pushing boundaries with acute analog precision (and zero samples). Between 2010 and 2020, electronic music fans were likely influenced, in one way or another, by the epic, cinematic cocktail that is ‘Fortune Days’ or the dark, pulsating sounds of ‘Animus Vox’. Drink The Sea was much more than just an album to many; the record garnered a cult following, selling over 100,000 copies, and has since cracked 200,000,000 online streams. To commemorate a decade of earth shattering sound and raw audio manipulation, The Glitch Mob has announced their DRINK THE SEA X tour.

“This year marks the ten-year anniversary of our first album, Drink The Sea. We have been reflecting on how much the album means to us and to our fans throughout this decade-long journey. We are hitting the road with a reimagined live version of the album and brand-new audio-visual experience.”
– The Glitch Mob

Ticket sales will commence on Wednesday, January 15 with an exclusive artist pre-sale, and will go on sale for the general public on Friday, January 17. Fans can purchase their tickets here. 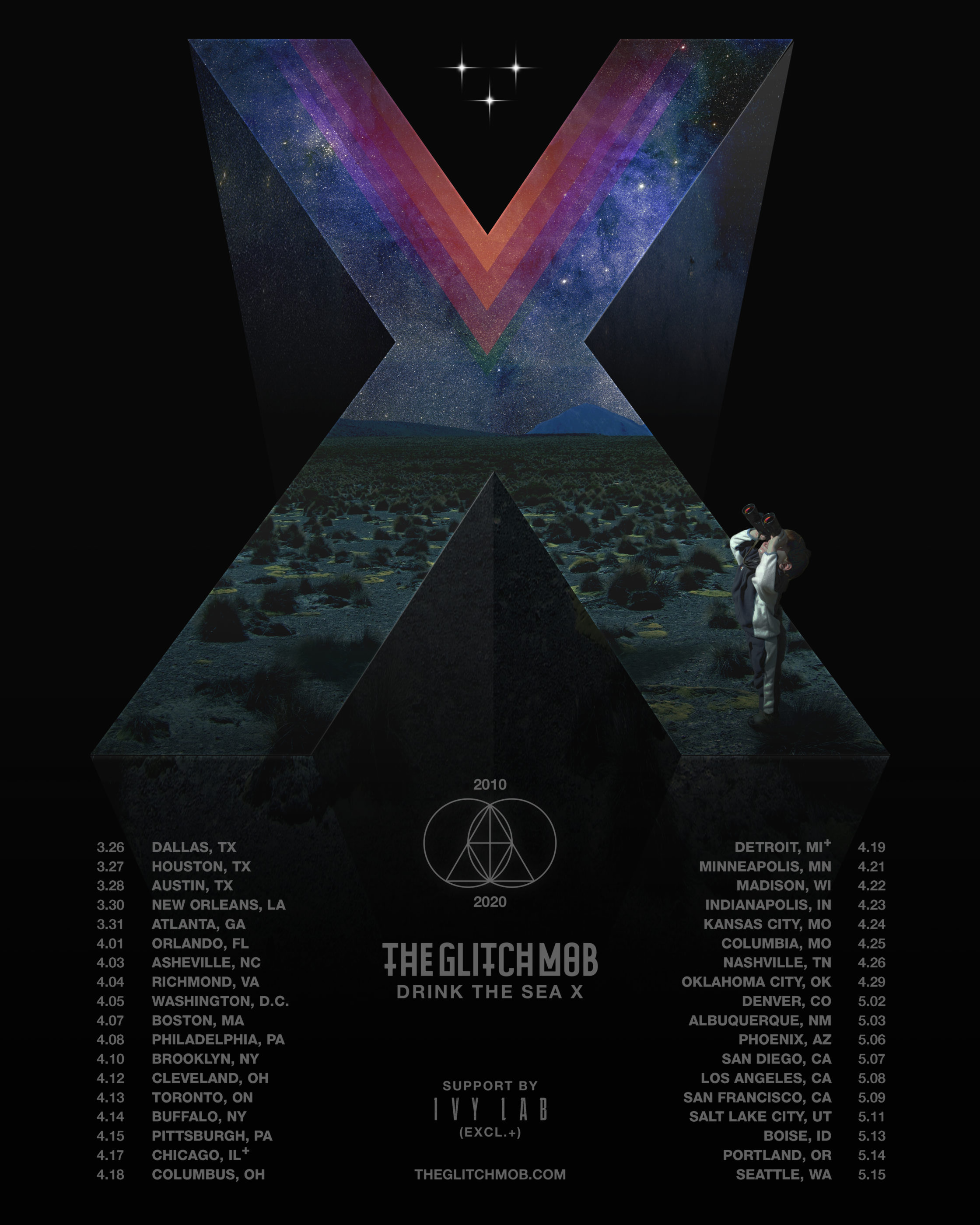 Run the Jewels Confirm ‘RTJ4’ Album Will Drop Before Coachella