Facebook is getting a glow up in 2020 — and it’s coming sooner than you think!

According to a new report, the platform’s all-new redesigned look for desktop is expected by springtime. The update features a clean, organized look with more white space and brighter icons — or users can opt for dark mode.

The roll out has already begun and some are getting the chance to test out the new design firsthand. This “small percentage” of users can access what the company calls “The New Facebook” starting now.

For the time being, Facebook will still allow users who have agreed to the redesigned website to switch back to the standard version. The social media giant is also asking for feedback, whether it’s reported bugs or general thoughts. 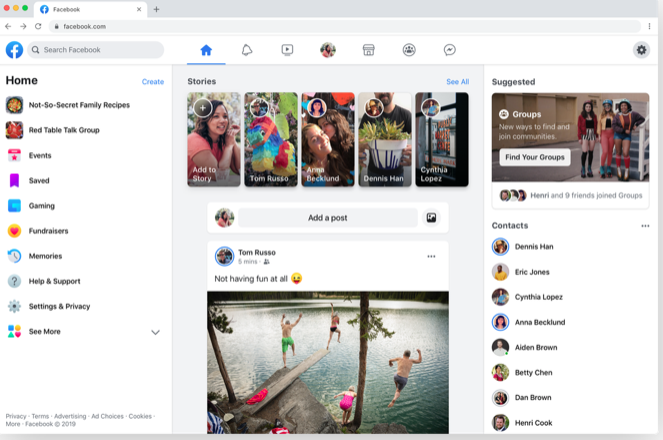