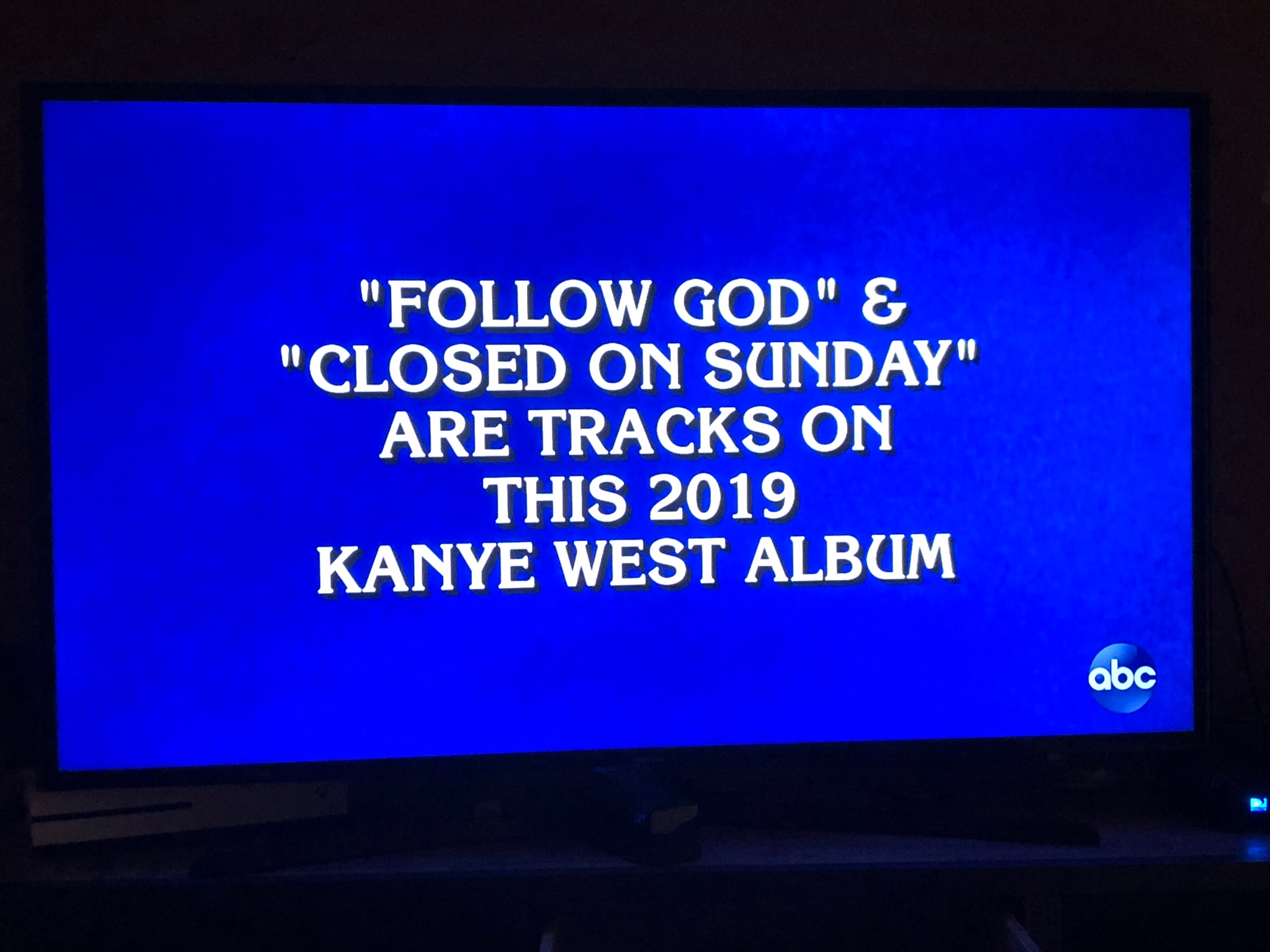 What is Jesus Is King?

Kanye West‘s most recent album completely stumped contestants on an episode of Jeopardy!’s Greatest Of All Time. Though the roster was stacked with the gameshow’s supposed most intelligent champions, not a single contestant could recall the hip hop star’s 2019 release.

The clue read: “Follow God” and “Closed On Sunday” are tracks on this 2019 Kanye West album.

While this might have been an easy $800 for many people who are by no means Jeopardy! wizards, nobody even beeped in. In another recent episode, Drake’s song “God’s Plan” was mistaken as one of Kanye’s religious tracks — more easy money if you ask us.

Naturally, those on Twitter were quick to call out the Jesus Is King scenario as it happened.

Read some of the comments below.

Pretty cool seeing “Jesus is King” as an answer on #JeopardyGOAT 😀 pic.twitter.com/iVbPr2FYEg

Jeopardy has the smartest contestants of all time on. And none of them could name the title of Kanye West’s 2019 album. That’s pretty hilarious.

Maybe I could be a Jeopardy champion?

kanye's gonna be furious when he finds out none of the guys on jeopardy had heard of jesus is king.

No one got the Kanye clue correct. 😂#JeopardyGOAT #Jeopardy pic.twitter.com/UaFzbx6zOe

James, Ken & Brad didn't know the @Jeopardy question about Kanye's JESUS IS KING… but who can blame them; definitely not his finest piece of work! #JEOPARDYGOAT pic.twitter.com/QnyZtyLL9A