At long last, San Holo is taking the next step in his live show with the debut of a full band coming March 21 at the Bill Graham Civic Auditorium in San Francisco. Manila Killa and Slow Magic will be there to support — but to squash any rumors before they begin, they will not be in the band.

San has been playing guitar live on stage for years, so this next step was not only anticipated, it was expected. Especially with his indie-leaning album1, and whatever new music he has to follow it, there’s a lot of reason to transition from CDJ-supported-by-guitar format to what will likely be a live band supported by Ableton Live.

The show goes on sale tomorrow at 10am PST. You can access the Songkick pre-sale here. 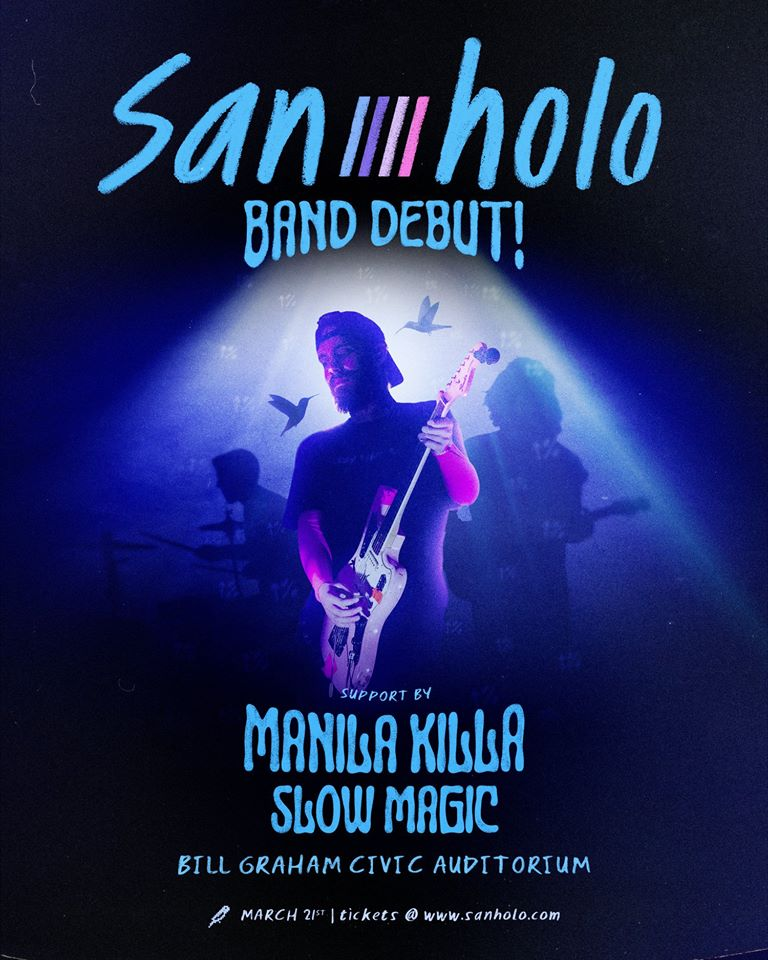