Louis The Child Announce New Tour With Special Guests San Holo, What So Not, & More

Louis The Child just came through with the biggest flex of the year with the announcement of their new Here For Now tour.

The tour feautures special guests Big Wild, Jai Wolf, San Holo (all three of whom have or will have headlined Red Rocks on their own), What So Not, and K.Flay with support from Crooked Colours, EVAN GIIA, Ilo Ilo, Memba, and Slenderbodies.

The fact that most of these artists could sell out tours on their own begs other questions about the motivations behind the agreement to be on tour, whether attempts to engage fans in weaker markets or something else. Regardless, putting together a lineup like this, similar to the Alchemy Tour from NGHTMRE + SLANDER, The Glitch Mob, and Seven Lions, is an accomplishment in and of itself.

The 26-date tour will hit most major markets in the US, with the exception of LA directly as the duo will be performing in Indio for Coachella.

Going back on tour and bringing all the homies. Register for pre-sale at https://t.co/nvhWkWNBs5 💜 pic.twitter.com/qjlTepEzaA 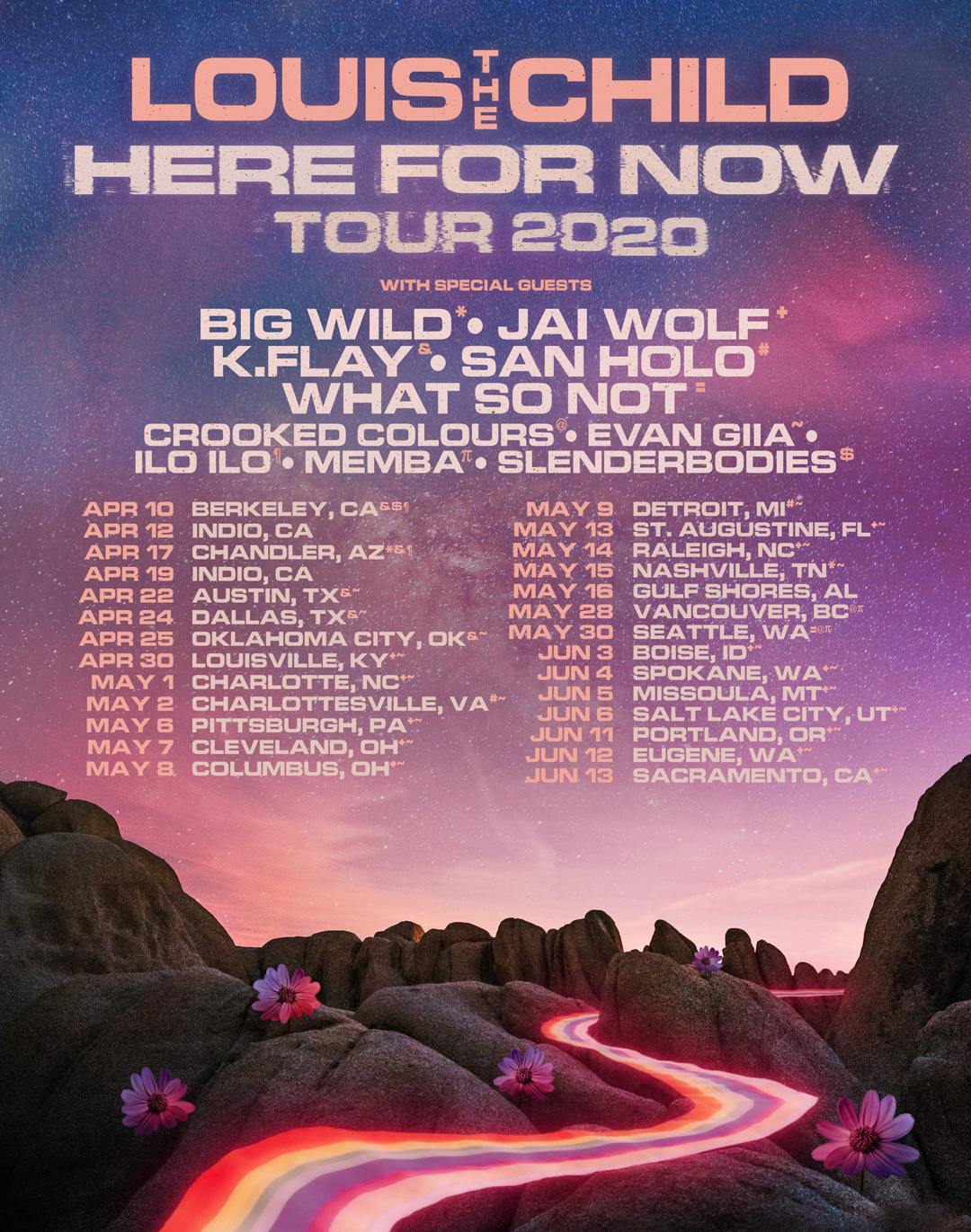