Porter Robinson is weighing in about bootleg remixes in the music industry — and because it’s Porter, we all stop and listen.

When a banger or hit gains in popularity — let’s say “Griztronics” for example — many producers are quick to release a bootleg, aka an unofficial remix. Whether they jump on the bootleg bandwagon for “opportunistic” reasons or simply for the love of the music is up for debate.

Porter seems to see the best in every situation and believes there’s no harm in bootlegs. It made him happy, in fact, to hear a pitched up edit of “Get Your Wish” less than 24 hours after its release.

He writes in a statement below:

i don’t see any problem with bootlegging/remixing/editing a popular track soon after comes out. I know people think it’s opportunistic… but who cares what some people think lol

express your excitement however you want. if you’re inspired to make something just go for it 🙂

Although we believe it’s rare to find a remix or edit of any of his material that does justice to the original — it’s still exciting to hear another perspective. See Porter’s full statement below. 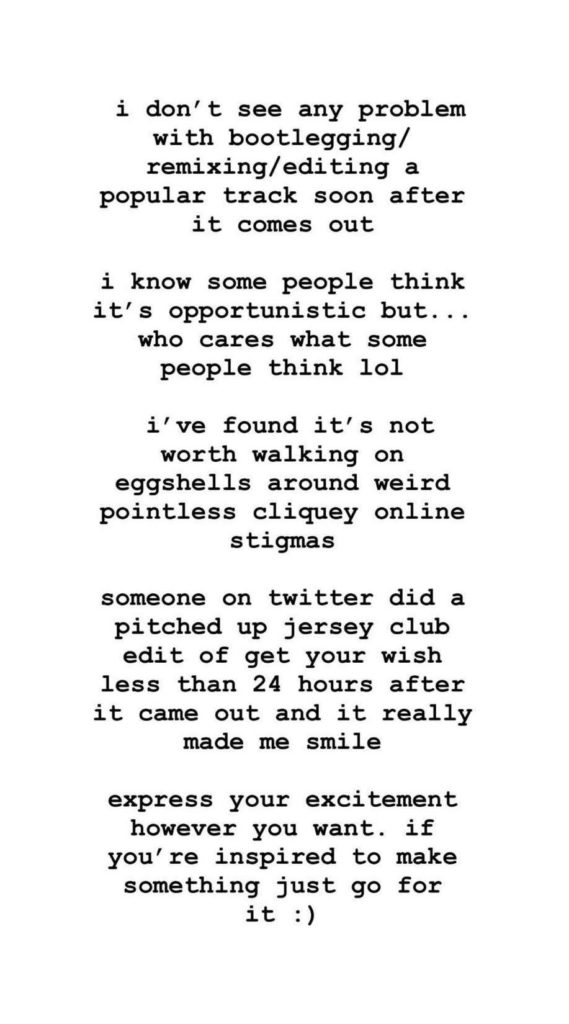