A Forbidden Kingdom attendee has sadly passed away following this weekend’s event.

Matt Eastwood, a 34-year-old bartender, was first reported missing after the music festival in Boca Raton, Florida on Sunday and the news circulated on social media. Days later his body was recovered from a lake of the Amphitheater Circle and he was identified.

His employer, Wolf Branch Brewing, also updated: “It is with the heaviest of hearts that we prove this update, Matt was found. He is no longer with us.”

This is an ongoing investigation and the cause of death has not been determined. No foul play is suspected.

Our hearts go out to Matt’s family and friends. 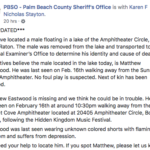 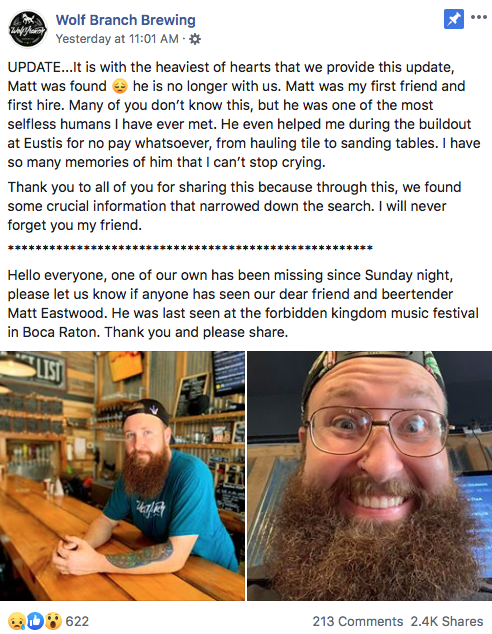