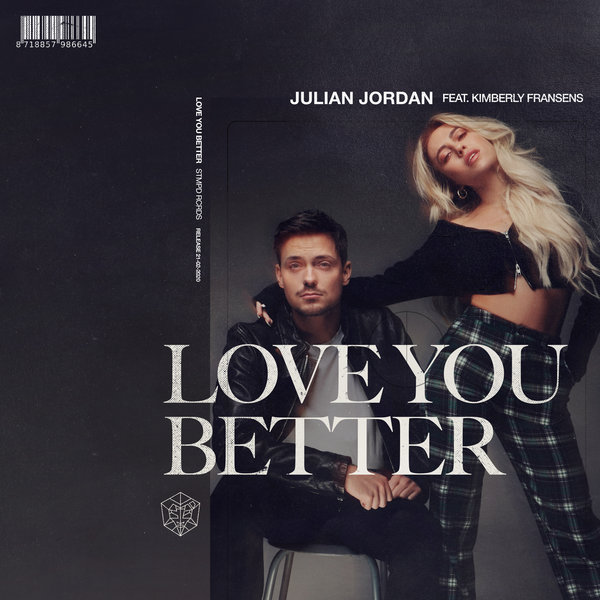 Julian Jordan is back with a brand new single, “Love You Better”! Teaming up with vocalist Kimberly Fransens, the Dutch producer/DJ drops another quality release on STMPD Records. This is one of those less is more tracks; the production elements are pretty minimal, allowing Kimberly Fransens’s vocals to really shine through. The track is highlighted by a groovy and addictive future house drop with lots of percussion and some super light synth work.

Julian has been dropping a steady stream of releases on STMPD, and a lot of them have been leaning more into rave banger territory. “Love You Better” sees Julian dial the production back a bit, as he give us way more of a groovy club banger. Expect to hear Kimberly Fransens on a lot more tracks too. After featuring on Yellow Claw’s “Forgetting to Remember,” the Dutch singer shows how her vocal style is perfect for modern dance music. Hopefully this is only a taste of what’s to come from both of these upcoming artists! Hmmm, I know Julian knows this guy named Martin, who’s pretty good with vocalists. Fans can only hope that these artists will all collab together someday.

For now listen to Julian Jordan’s latest single “Love You Better” featuring Kimberly Fransens out now on STMPD. Julian will be playing a special b2b set with Brooks at Ultra Miami. Catch Julian on his other upcoming North American dates.