Man Climbs Through Air Ducts To Get Into Liquid Stranger Show

What would you do to see your favorite artist? Fighting a bouncer doesn’t usually end up well, but crawling through the airducts? That could work. And it did, for some mysterious man at Ayva in Houston this past weekend wanting to see Liquid Stranger.

According to eyewitness accounts, the mystery fan suddenly fell out of the ceiling in the venue’s men’s bathroom, and casually as could be, washed his hands and disappeared into the crowd to enjoy the show. When the show promoters were notified, their response was essentially, “well if he went through that much trouble, he should be allowed to stay!”

Ya we didn’t kick him out like if you went thro all that effort just stay dude. Man crushed it off and started washing his hands like he didn’t just fall 6+ ft

You can see photos of the ceiling where he fell through below, as well as a (censored) photo of him washing his hands before heading out into the crowd. Clearly the shock of seeing someone fall 6+ feet wasn’t enough to keep a well-timed passerby from pulling out his phone and capturing a snap. 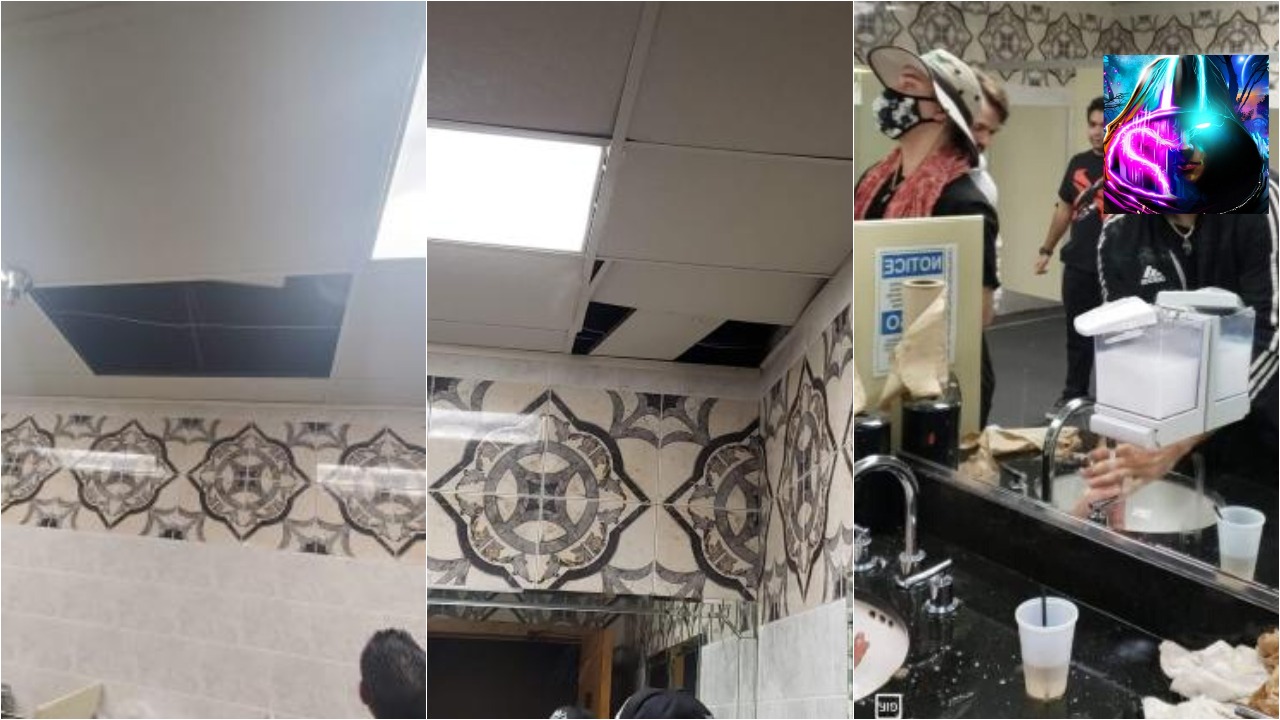 Liquid Stranger’s Ascension tour continues this week in New Mexico and Arizona, as well as four dates in California. Get tickets here.

via Trillvo | Photo via Rukes.com