Your EDM Guest Mix: It’s High Time We All Paid a Lot More Attention to Soothslayer and Her D&B ‘Witchcraft’

Most of us in the West Coast bass music scene know Soothslayer for her teeth-kicking sets at Insomniac events, Respect or other D&B events around SoCal, either solo or with mixing partner Nightstalker. She’s also quietly released a number of tracks with Insomniac and Bassrush to coordinate with said teeth-kicker sets, including a track with Follow the Sun called “Nova” that made it onto the Bassrush/Viper 3.0 compilation album last year.

Her new debut solo EP Witchcraft sees Soothslayer lacing up her combat boots once again but this time she’s really serious. With this incredibly heavy and polished gut-check of an EP, Soothslayer is now a major player in drum and bass and Witchcraft demands we all stand up and salute (after we recover from the gut-check).

In her past tracks, Soothslayer has shown she has the chops to cover a diverse spread of subgenres but with Witchcraft we can see where her heart really is. The dark, heavy synths throughout the EP have a level of stank on them not seen even in the hardest of neurofunk tracks and she plays with wave forms on these synths in a way that’s truly unique. Sinewaves swell in and out of the title track and “Your demon,” while in the closing track “Violent Delights” has a similar synth timbre but it’s more straightforward. 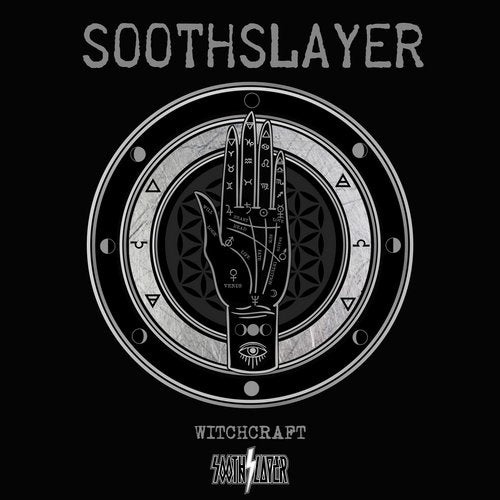 Harping on the synths is not something us D&B writers get to do often but they really are interesting in Witchcraft. They’re compressed and modded out so that, if they’re not actual analog tube amps, they sure sound like it. That or she took one of those platform Docs to a vintage Moog.

The way Soothslayer plays with the sound design in this EP is also really different and cool. She’s got a great grasp on how to put secondary and tertiary layers to the ambient space in each track, which normally takes years to master. She’s also got a great ear for dissonance between the foreground and background of a track and it really comes through, especially on the title track. The creepy yet beautiful violin peeking out from behind the monster synths and sub bass galvanizes the sound on the track and makes it clear why both track and EP are called Witchcraft.

Since its release on March 20, Witchcraft has already gotten notice from some major platforms, catching a featured listing on the homepages for both Spotify and Apple Music, so we’re not the only ones who think this EP deserves all the props. While the fate of EDC and other Insomniac festivals is still uncertain this year, it’s pretty obvious the tracks on Witchcraft will be making appearances on lots of playlists and livestreams this year. In the meantime, Soothslayer has given the Your EDM listeners the gift of an exclusive, sick mini mix so while the EP itself should go directly into every D&B fan’s playlist, here’s a digital teeth-kicker set from the Slayer herself.

Witchcraft is out now on Spinnup records and can be streamed or purchased on multiple platforms by clicking here. Be sure to check out her other tracks on Spotify as well.