It’s been two years since Swedish House Mafia reunited again on Ultra Music Festival’s main stage to close out the festival on Sunday night. Though fans have been waiting on new content from the trio, they will have to wait even longer now as Axwell, Sebastian Ingrosso, and Steve Angello have once again announced they’re breaking up.

“We would have loved to do a final tour once again, but the timing just couldn’t be worse,” said Angello. “We believe we’ve exhausted everything this group has to offer and we’re saying our goodbyes for a final time (again) now.”

Axwell added, “This pains us more than you can understand. We had such high hopes for this reunion, but in the end, we just couldn’t fulfill every fan’s wish and so feel it’s easier now to just hang it all up and end on a high note.”

Angello was the first to indicate the change was coming on Twitter. Rather than the group’s iconic three black circle logo, he shared an image of three, empty white circles. To anyone who didn’t follow the group, the tweet might have seemed innocuous but the implicit meaning was clear to fans. 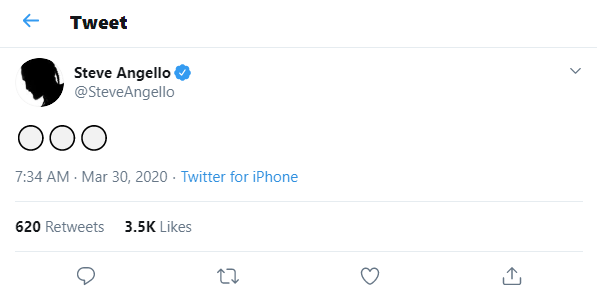 As a farewell to fans, Swedish House Mafia have released a final batch of merchandise. You can get it here.

Disclaimer: Happy April Fool’s. We know right now that everyone is hurting, and #NoAprilFools is even trending, but we felt that to not bring levity and laughter to an otherwise very grim period in our lives wouldn’t be in line with how we do things. Though we aim to briefly deceive, our aim is not to anger or inflame any pre-existing issues, but to flip the script and examine a world where the inconceivable thrives. We hope you and yours are staying healthy during these trying times.

BROHUG Bring the Heat with Four New Tracks on Mixtape 1

Twitch Blames DJs After Servers Crash from Too Many Live Streams

Twitch Blames DJs After Servers Crash from Too Many Live Streams