Kygo has today announced his virtual Golden Hour Festival presented in partnership with LiveXLive and Palm Tree Crew. The event will be broadcasted on May 29, 2020 at 4 p.m. ET/1 p.m. PT/10 p.m. CEST on Kygo’s YouTube channel powered by LiveXLive. Fans can also watch on @KygoMusic and @LiveXLive social channels including Twitch, TikTok and Facebook, as well as on LiveXLive’s apps and website.

The Golden Hour Festival will see Kygo perform his third studio album Golden Hour in its entirety for the very first time to a global audience. Additional performances include:

Celebrated tattoo artist Dr. Woo will design exclusive merch for the Golden Hour Festival. All net proceeds from items bought will be donated to the Woo x Baby2Baby project. Visit www.KygosGoldenHour.com to purchase.

Click HERE to set a reminder for the stream on YouTube. Kygo’s Golden Hour will be released on May 29 via Sony Music International/Ultra Records/RCA Records. Click HERE to pre-order. 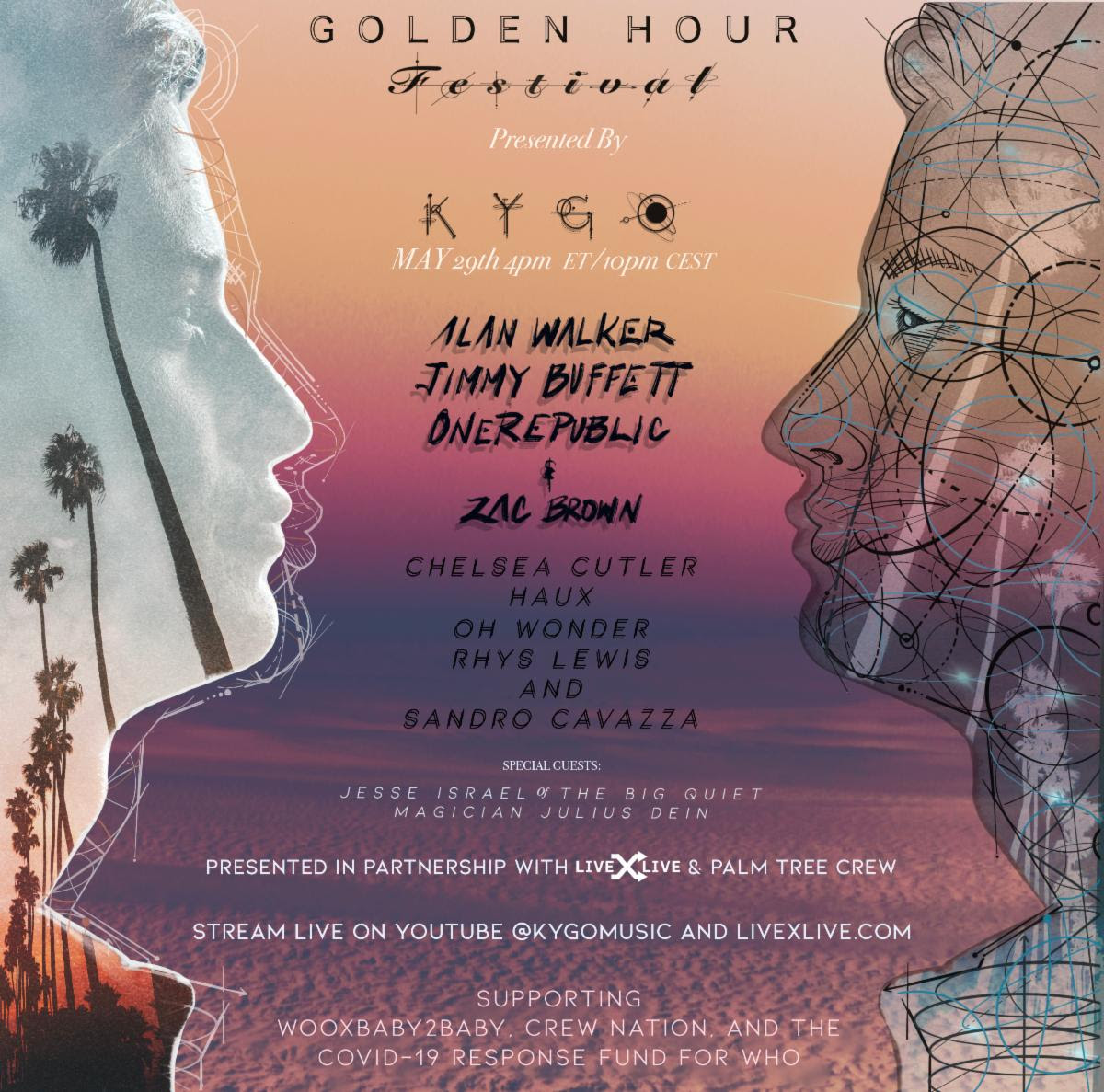