We live in a society where the slightest hint from an artist on social media could signal something bigger. Extrapolations have been made from artists following each other, leaving a comment or a like, showing up in the studio on an IG story (which is actually a bit more than “slight”), and more. One of the most damning indications of something new happening has been when an artist wipes their Instagram, a carefully curated collection of images and videos that tell a story of an artist. When such a thing is wiped, it usually signals a rebrand or something new happening.

Skrillex just wiped his Instagram of all but two pieces of content. The oldest is a December 2019 post where he’s playing live and accidentally kills the mixer; the second is a more recent post that was shared a day before #BlackOutTuesday, a clip of a song with Ty Dolla $ign, Ant Clemons, Virtual Riot, and actress/activist Nia Miranda speaking about police brutality. 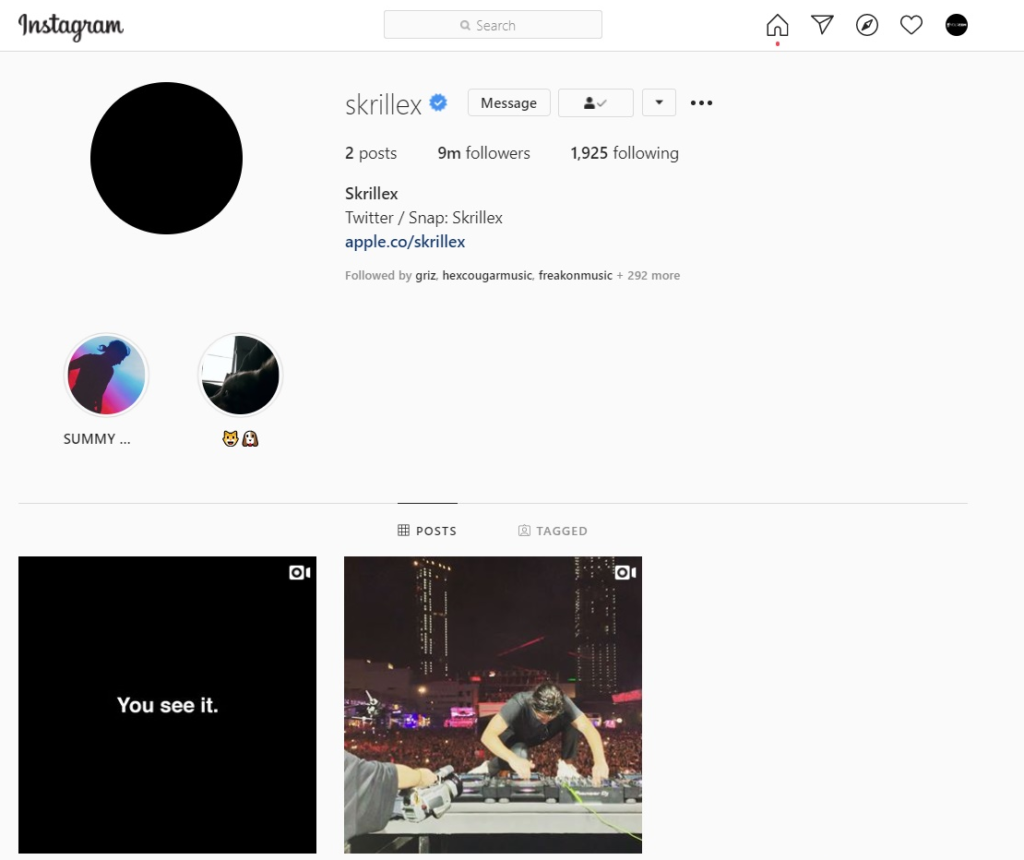 According to a post on r/skrillex, he’d actually removed all but six of his posts as recent as this past Saturday. A newer post in the Reddit community alerted us that he’d taken it a step further, though exactly when isn’t particularly clear.

This is definitely an indication of something coming, but we can’t know what it will be. And longtime Skrillex fans know to keep their expectations in check, because we never know what he’s got in store.

So keep an eye on his socials to be the first to learn what he’s planning.

Bottle Service Clubs Begin To Open In LA, Complete With Girls Popping Out Of Coffins

Bottle Service Clubs Begin To Open In LA, Complete With Girls Popping Out Of Coffins