This year has been filled with previously blacked out calendar dates, millions around the world watching weekends pass by when they would have been at EDC, Ultra, Coachella, Outside Lands, Lightning in a Bottle, and more… the same is true for Lost Lands, which would have been later this month in Thorneville, Ohio at Legend Valley.

Still, showrunner Excision has been keeping us occupied with a variety of Couch Lands live streams, but this one is going to be a doozy.

The Lost Lands edition of Couch Lands will feature the man himself for the first time, as well as two full days of programming including Barely Alive, Chime, Jantsen, Habstrakt, Hekler, Hi I’m Ghost, Hydraulix, Jeanie, Jinx, Kai Wachi, Level Up, Lick, Modestep, Ray Volpe, Samplifire, Sullivan King, SWARM, TYNAN, Virtual Riot, and Yookie. Among those names are a few who’ve never played Lost Lands before, but might have had the chance to this year. We’ll never know.

All that being said, if you don’t think that Excision and the Lost Lands team are going to go all out for this festival, I’d bet you’re dead wrong. Check out the full lineup below and tune in Sept 25-26 from 5pm ET/2pm PT. 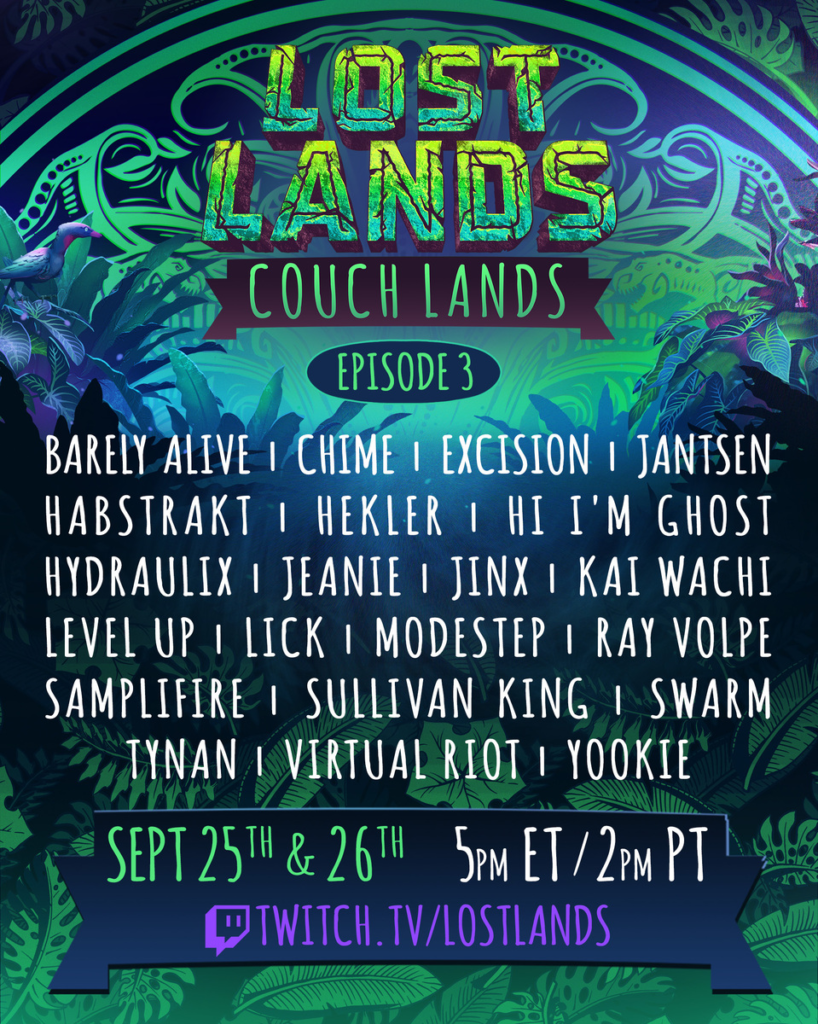