Skrillex Is In The Studio With Producer For Korn, Slipknot, Suicide Silence, & More

It seems like Skrillex has been in the studio with literally everyone lately. From Mike D of the Beastie Boys, to Mike Einziger of Incubus, to Bruce Johnston of The Beach Boys… it doesn’t seem like there’s anyone who wouldn’t get into the studio with Skrillex right now… except maybe Kid Rock.

Producer Heavy Mellow, who’s been in the chapel studio with Skrillex for a while now, has been a main source of all this news as he shares photos from the space with different artists. Now, he’s shared a photo of Ross Robinson — while you likely don’t recognize the name, Robinson has produced albums for a number of heavy rock and metal acts such as Korn, Slipknot, Suicide Silence, Limp Bizkit, as well as Tech N9ne. Oh, and he also produced the sophomore album from From First To Last, Heroine, in 2006, so he and Sonny have a long history.

All of this is to say… Skrillex is likely making a SLAYER of a tune right now. (No, Robinson hasn’t worked with Slayer.)

Rumors of a new Skrillex album have persisted year after year, going on three or four years now, but this year seemed like it was going to be the year. Unfortunately, there’s no telling what the pandemic may have pushed back in terms of planning, but it seems like he’s really in studio mode this time.

Stay tuned for this collab and more on the way, whenever they might drop! 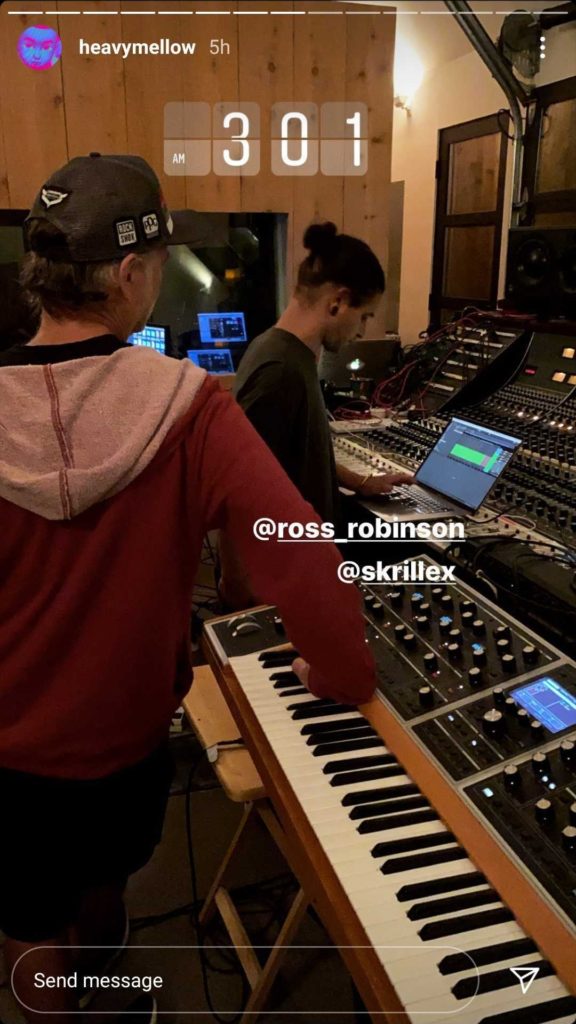