HARD Events is heading to the United Kingdom for an epic all-day summer festival in London on Saturday, Aug. 21 with a stacked lineup including Alesso, Jauz, Tchami, Dillon Francis and more. The Drumsheds, one of the most unique event spaces in the city, will play host to HARD London. Pre-sale tickets go on sale Wednesday, March 31 at noon GMT at www.hardfest.uk.

HARD London will mark the second time the brand has set foot in the UK, most recently producing an unforgettable stage at Creamfields in 2016. Since its 2007 inception, the HARD brand has been synonymous with epic summer highlights for music fans in the United States, and as the brand heads overseas, HARD London promises to bring even more energy and excitement to the United Kingdom. HARD London has announced the first phase of its impressive lineup with additional artists to be announced at a later date. 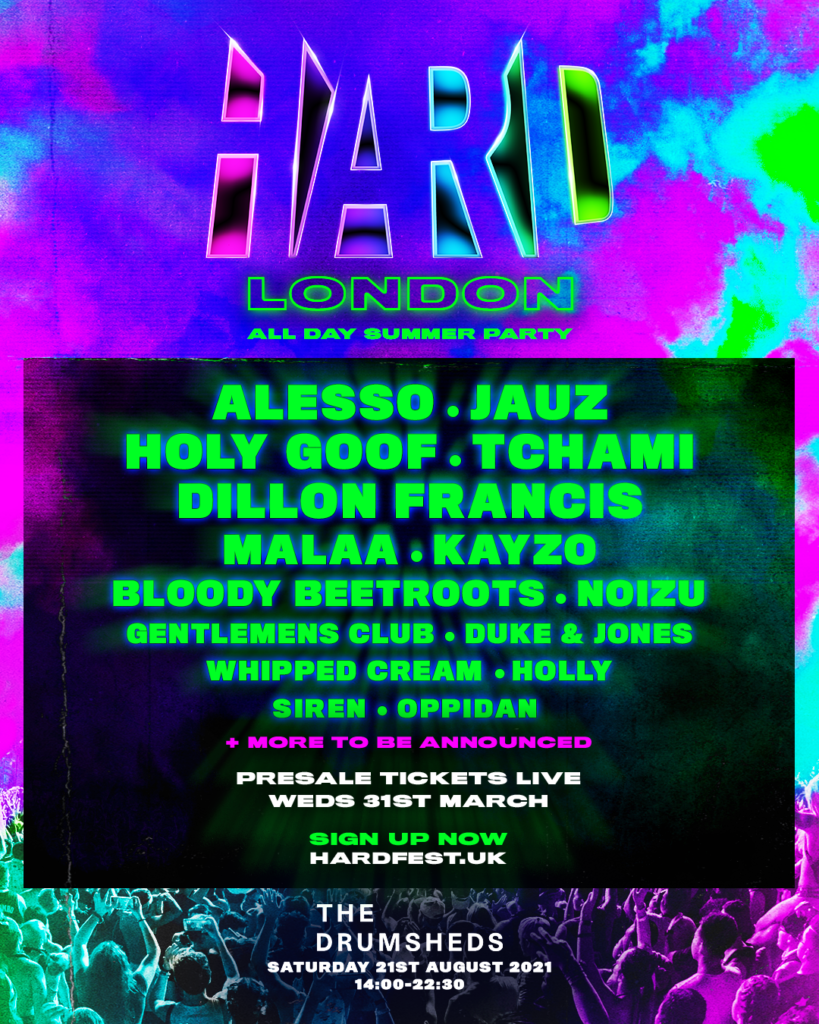